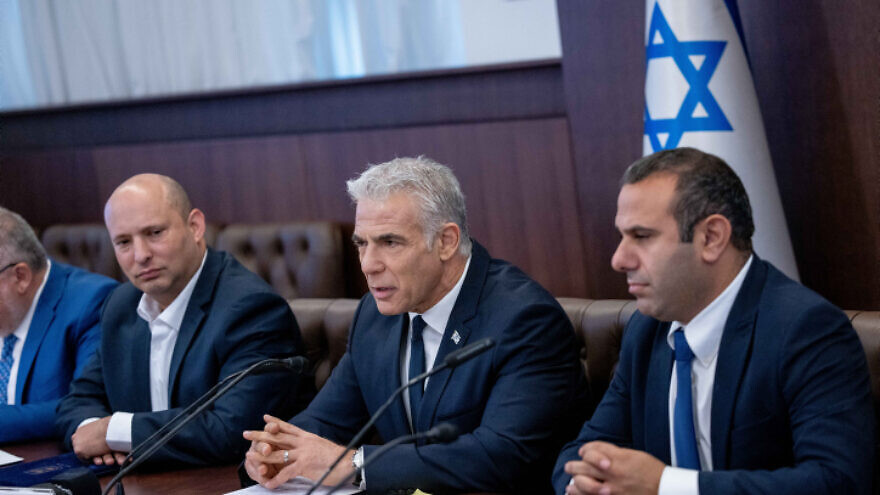 (October 3, 2022 / JNS) Israel’s lead negotiator in the U.S.-mediated maritime border talks with Lebanon quit last week due to disagreements with the Prime Minister’s Office over how the process was being handled, Israeli media reported on Monday.

Ehud Adiri reportedly resigned just days before U.S. senior energy adviser Amos Hochstein on Saturday submitted to Jerusalem and Beirut what is widely being portrayed as a final proposal to end the two countries’ longstanding dispute over gas-rich waters in the Eastern Mediterranean.

According to the reports, Adiri opposed the terms of the emerging agreement and how National Security Adviser Eyal Hulata conducted the negotiations after their purview was transferred to the PMO.

Israeli opposition leader Benjamin Netanyahu on Sunday accused Prime Minister Yair Lapid of caving in to Hezbollah with regard to the emerging agreement.

Netanyahu argued that Lapid was attempting to “pull a fast one” on the Israeli public by forging ahead with the accord without a public referendum, as is required by Israeli law before the government can cede sovereign territory.

In the event, Netanyahu said that he would not recognize the prospective deal as legally binding.

On Monday, Lapid shot back, tweeting that in the prospective deal “Israel receives 100% of its security needs, 100% of the Karish (gas) reservoir and even some of the earnings from the Lebanese reservoir.”

Lapid wrote in reference to Netanyahu that he “hasn’t seen the agreement” and that “I understand it pains you that you didn’t succeed in achieving a deal [when you were premier], but that is no reason to join Nasrallah’s propaganda campaign.”

Lapid on Sunday said that Israel and Lebanon were discussing the “final details” of an agreement that, “as we have demanded from the start … safeguards Israel’s full security-diplomatic interests, as well as our economic interests.”

The current draft of the deal reportedly calls for Israel to cede the entire triangle of waters that had been in dispute with Lebanon from 2012-2020, but not the additional section that Lebanon laid claim to beginning in early 2021.

The accord, if actualized, will also reportedly permit Beirut to develop the entire Qana natural gas field, which extends into what Israel has up until now considered its exclusive economic zone.