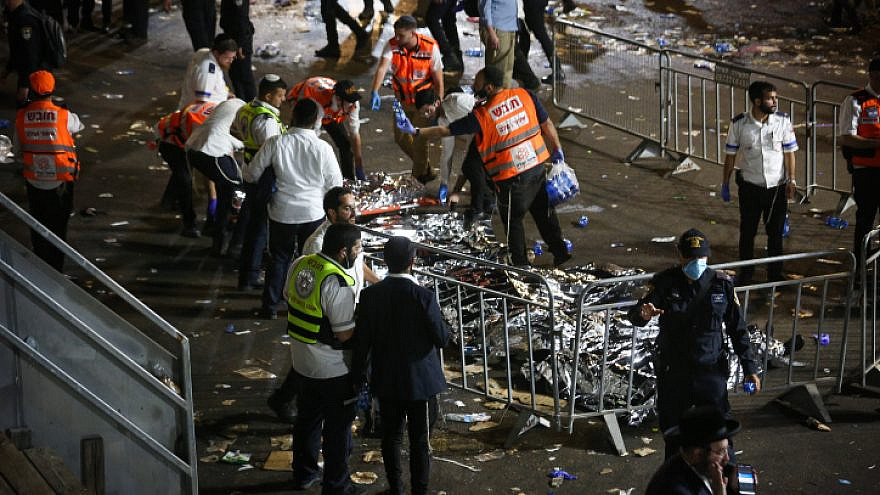 (June 14, 2021 / Israel Hayom) Israeli Defense Minister Benny Gantz introduced a proposal for a state commission of inquiry on Monday into the April 30 Mount Meron tragedy, which left 45 people dead and 150 injured in a stampede during the Lag B’Omer festival at the site.

The proposal is identical to the one that Gantz presented several weeks ago to the previous government, which voted against setting up the inquest due to the haredi parties’ objection to the move.

As per the coalition deal, the new government is expected to debate the proposal next week, and it will most likely be approved.

“Investigating this tragedy, as well as risks that could affect future events of a similar nature is imperative,” Blue and White’s leader explains in the proposal. “We have a moral debt to the families of the victims, as well as the moral duty to spare no effort to ensure such tragedies never happen again.”

The bereaved families issued a joint statement welcoming the move.

“We hope that the commission of inquiry into the Meron disaster will be established immediately. This is not a political matter. We expect parties from across the political spectrum to support the move and for the inquiry to take place in a manner that will satisfy the haredi public that the probe is being conducted with sensitivity and determination,” said the statement.