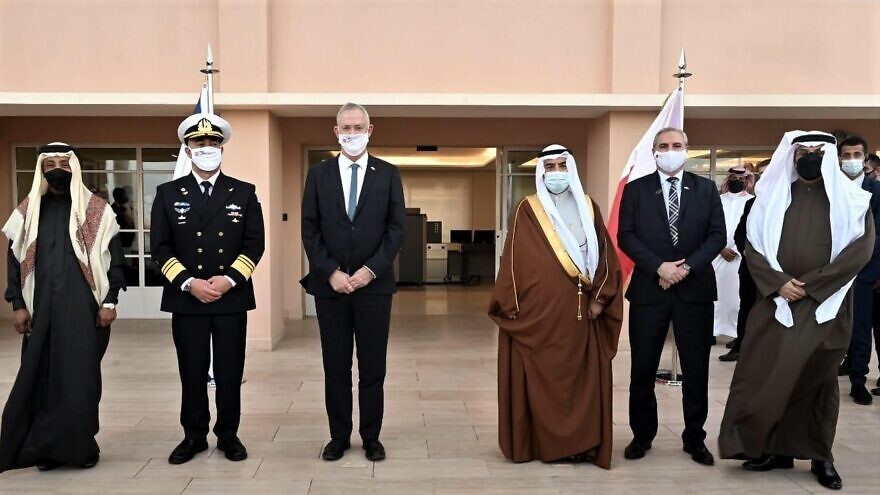 (February 2, 2022 / JNS) Israeli Defense Minister Benny Gantz landed in Manama, Bahrain, for the first official visit by the head of Israel’s defense establishment to the Gulf country on Wednesday.

According to a statement by Gantz’s office, “Throughout the visit, the minister is expected to conduct meetings with high-ranking officials in the Bahraini defense establishment and with the kingdom’s leadership.”

It added that Gantz has been joined by senior Israeli military officials, including Commander of the Israeli Navy Vice Adm. David Saar Salama; Military Secretary to the Defense Minister Brig. Gen. Yaki Dolf; and Zohar Palti, director of the policy and political-military bureau.

The aircraft carrying the delegation is the first Israeli Air Force plane to land in Bahrain.

At the end of December, Eitan Na’eh, Israel’s first ambassador to Bahrain, presented his credentials to King Hamad bin Isa al-Khalifa at the Al-Sakhir Palace.

“It is an honor for me to hand over my credentials to His Majesty King Hamad bin Isa Al Khalifa, the king of the country, may God protect him, as the first ambassador of the State of Israel to the Kingdom of Bahrain,” Na’eh wrote in Arabic to his Twitter account.