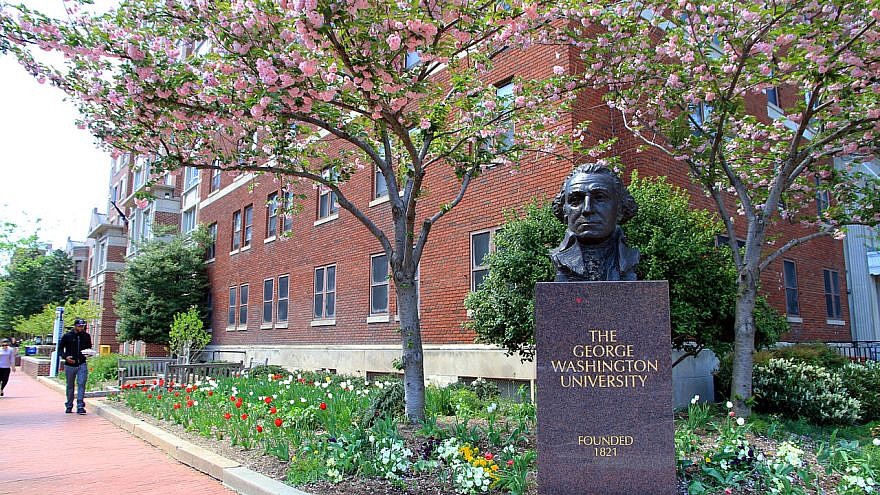 (January 13, 2023 / JNS) George Washington University (GW) responded to the new antisemitism-related complaint against the university, which the Israel education organization StandWithUs filed with the U.S. Department of Education’s Office of Civil Rights (OCR).

The university further said it was “committed to fostering a welcoming and inclusive environment where all feel safe and free of harassment, hostility or marginalization.”

On Thursday, StandWithUs announced that it had filed a Title VI complaint against the university which alleged that GW had violated Title VI of the Civil Rights Act of 1964 by failing to safeguard Jewish students in its Professional Psychology Program “from a hostile environment.”

The complaint further accused GW officials of retaliating against the students through disciplinary proceedings launched against them when they brought their concerns to university officials.

Further, StandWithUs alleged that Sheehi had invited a guest lecturer to her class who “invoked age-old antisemitic tropes about Jews being dishonest and using their influence for nefarious purposes.” When the students confronted Sheehi about the lecture, she framed their comments as “attacking other identity groups” and subjected them to disciplinary proceedings, StandWithUs said.

“The university took no steps to protect the students and their reputations from retaliation by the professor. Instead, the university enabled the retaliatory punitive proceedings to proceed without any investigation into their merit,” the organization said.

In its statement responding to StandWithUs’ complaint, GW said that it “recognizes and supports academic freedom, and the right of all members of our community to speak out on issues of public concern, understanding that they are not speaking on behalf of the university,” adding that it was aware of the complaint and would “respond to OCR regarding any complaint it may receive from OCR.”

“In the meantime, the university will continue to provide support to students as well as faculty who have shared concerns about recent experiences and work with students and faculty involved to take appropriate actions to address these concerns,” the university stated.