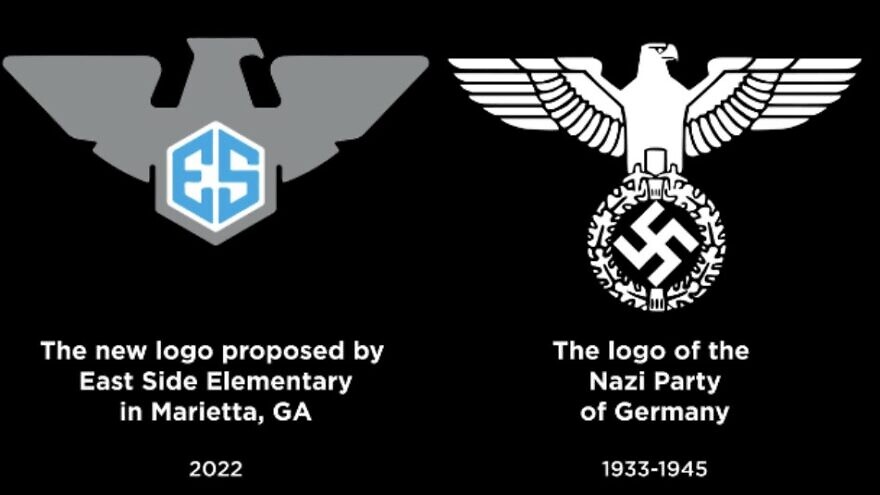 The original design for the East Side Elementary School in Cobb County, Ga., featured an eagle on top of a hexagon. Credit: American Jewish Committee.
Spread the word.
Help JNS grow!
Share now:

(July 25, 2022 / JNS) A school district in suburban Atlanta is redoing a new school logo after complaints that the image resembled the Nazi eagle.

The original design for the East Side Elementary School in Cobb County, Ga., featured an eagle on top of a hexagon. Inside the shape, were the letters “E” and “S” for the school’s name. Cobb County includes the city of Marietta and has a significant Jewish population.

“Earlier this week, we learned of concerns about a new logo at East Side Elementary. The rollout of this logo has been halted, and we are immediately reviewing needed changes,” said a spokesperson for the Cobb County School District. “We understand and strongly agree that similarities to Nazi symbolism are unacceptable. Although this design was based on the U.S. Army colonel’s eagle wings, stakeholder input has been and continues to be important to our schools.”

She added that “we appreciate those who took time to share their thoughts and will make sure all input is reviewed as changes are considered.”

Among the groups weighing in was the American Jewish Committee, which tweeted: “Regardless of intent, Cobb schools should have realized that the new logo for East Side Elementary bears a striking and uncomfortable resemblance to the Nazi eagle. This only clarifies the urgent need for comprehensive Holocaust education at all levels.”

“It is unacceptable that this logo ever got approved,” said the Jewish Federation of Atlanta. “Cobb County’s history with anti-Semitism should have prevented something like this.”

Back in February, middle-school students at a local school posted photos of themselves wearing Nazi armbands and performing a Nazi salute on social media. 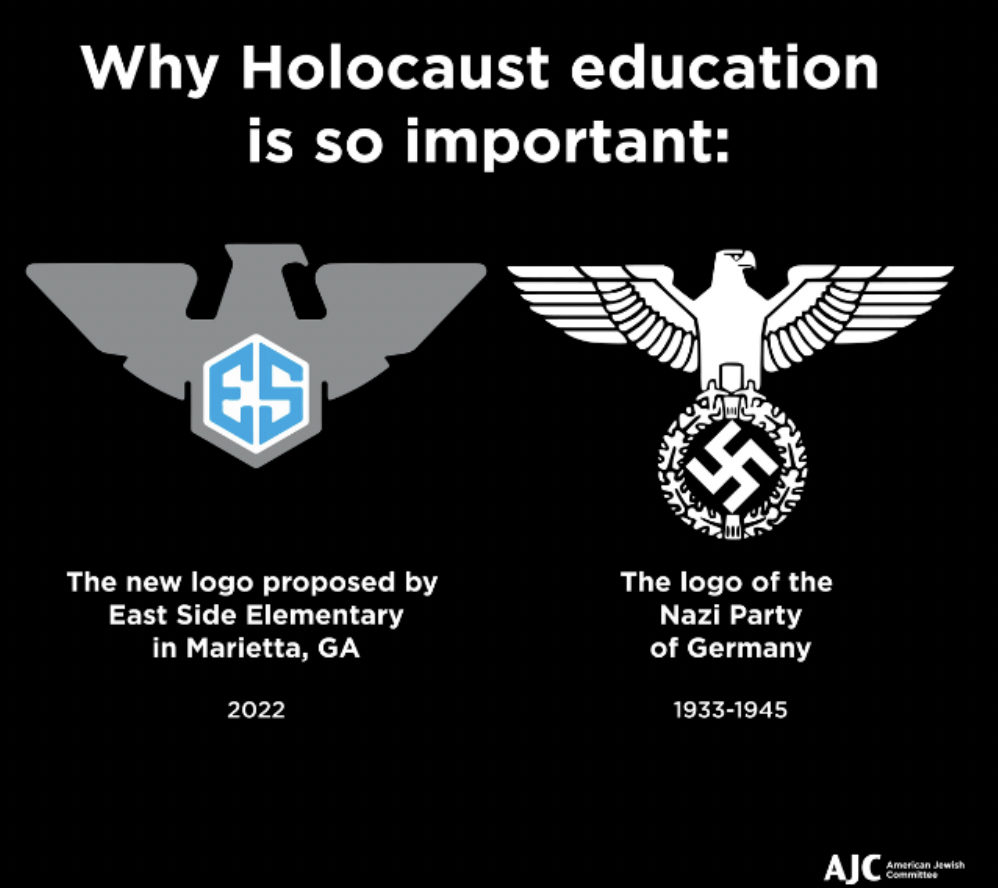 The original design for the East Side Elementary School in Cobb County, Ga., featured an eagle on top of a hexagon. Credit: American Jewish Committee.
Republish this article in your newspaper or website