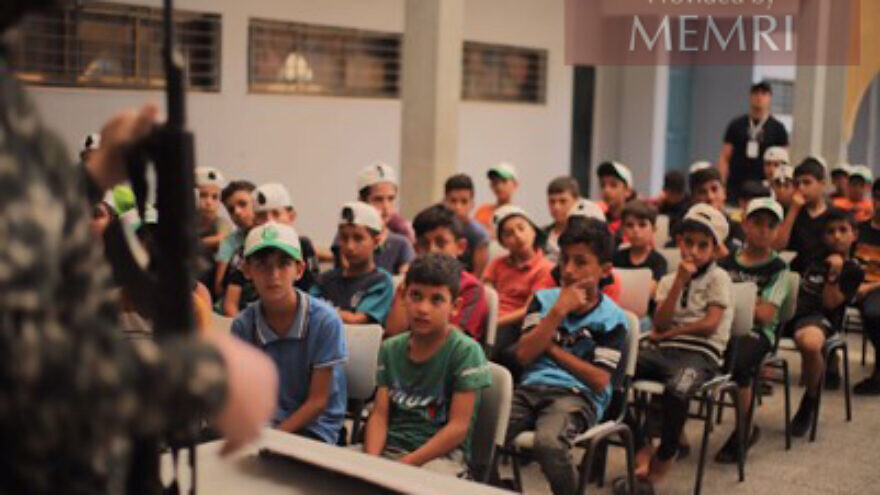 (August 1, 2022 / JNS) As in previous years, the Hamas terrorist organization that rules the Gaza Strip is running summer camps for children and teens that promote jihad and armed struggle against Israel, incorporating the use and training of various weapons, along with other military skills.

“Saplings of Jerusalem” summer camps, which were launched on July 23, are attended by as many as 100,000 boys and girls, according to a report by MEMRI.

Their main opening ceremony was at Asda amusement park, built on a former Israeli settlement. Muhammad Farawneh, a member of the camps’ central committee, said holding the ceremony “on soil that has been freed of the contamination of the occupation is a sign that all [Palestinian] land will one day be regained,” said the report.

Muhammad Abu Mahmoud, the summer camp committee chair in Gaza’s central district, noted that the camp name was chosen “to stress our deep-rooted rights in Jerusalem and [convey] that the generation of liberation will continue to bear the banner until the occupation is removed from all of our occupied Palestinian land.”

A Hamas delegation, including senior official Maher Sabra and chair of the movement’s summer camps Muhammad Abu Askar, visited one of the facilities in southern Gaza, saying they are “intended to raise a generation that possesses awareness and is capable of liberating [Palestine].”

A delegation member told the campers, according to MEMRI: ­“Oh lion cubs, you are the generation of liberation, and with your help, we will liberate Al-Aqsa, Allah-willing.”

As in past years, the youth training program emphasizes military, weapons, religious and nationalist content, along with recreation. Campers learn how to use and maintain various weapons and practice shooting “Israeli soldiers.”

Similar camps for Palestinian youth are run in the West Bank. 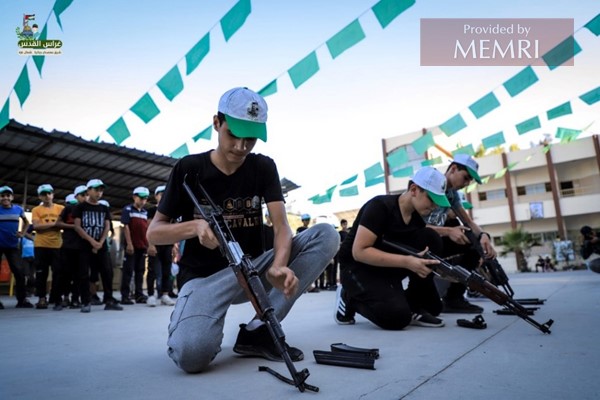 Palestinian boys learn how to assemble and disassemble a rifle, July 25-28, 2022. Credit: MEMRI. 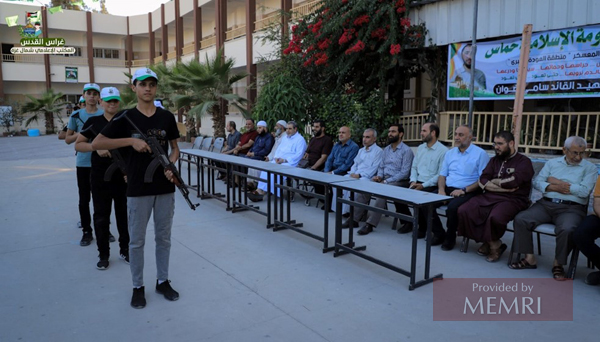 Weapons training at summer camp in northern Gaza Strip; Among the spectators is Hamas official Mushir Al-Masri, July 25-28, 2022. Credit: MEMRI.
Republish this article in your newspaper or website