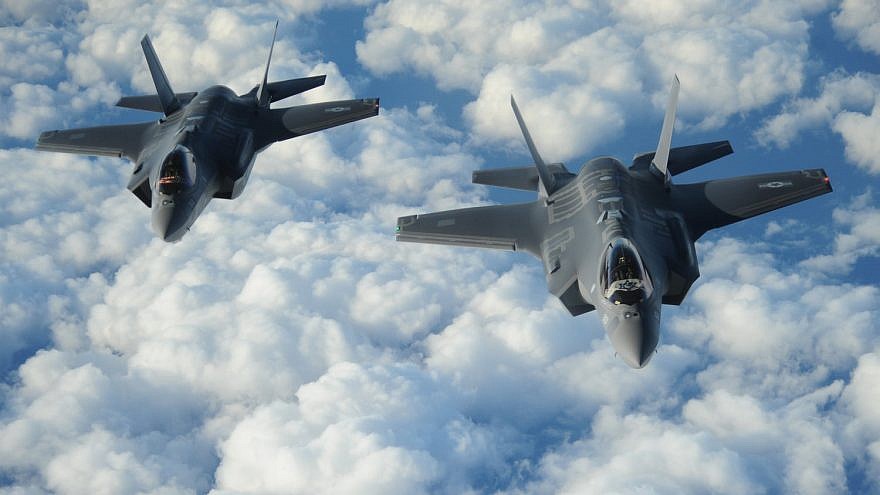 (December 13, 2022 / JNS) In what would have been a fairly ordinary pre-dawn raid on Dec. 4, the Israel Air Force struck a Hamas military post in Gaza in retaliation for a rocket fired (likely by Palestinian Islamic Jihad) earlier that evening. Hamas, keen to avoid being dragged into an escalation at this time, did not fire a single rocket at Israeli communities, but it did make sure to release footage of its operatives firing what appears to be Strela-2 man-portable air defense systems (MANPADS) at the jets.

The shoulder-fired missiles did not hit their targets and the Israeli jets came back to strike the area from where Hamas targeted them, to send a clear message: Attempts to harm the IAF will be met with retaliation.

Many of Hamas’s Strela-2 missiles, as well as Kornet missiles and other types of shoulder-fired missiles, were smuggled into Gaza years ago from Libya, via tunnels connecting Egypt’s Sinai to the Strip. Most of those tunnels have since been destroyed by the Egyptian military, though a few might remain active.

The Strella missile’s design stretches all the way back to the Soviet Union of 1964, but it has undergone many upgrades since then.

Speaking to JNS, a Western security source said that a review of the Russian-Ukrainian war reveals that low-flying Russian helicopters and planes are in fact vulnerable to Ukrainian MANPADS fire, and that Russia’s air force suffered a high shoot-down rate until its aircraft stuck to high altitude sorties, out of the MANPADS range. Israeli aircraft rarely fly low over Gaza.

In the early stages of its war against Ukraine, Russia lost a range of aircraft to such attacks, including Sukhoi SU-25  close air support jets as well as Mil Mi-35, Mil Mi-28 and Kamov Ka-52 attack helicopters.

The Ukrainians downed at least 150 Russian attack helicopters and 25 Sukhoi jets in the first two weeks of the war.

Most were brought down by American-supplied MANPADS Stinger missiles. Stingers have also been around for decades (some 30 years), and they too are continuously being refined.

The high concentration of MANPADS systems in Ukraine represents an unprecedented density of such capabilities.

These events could serve as a key lesson for thefuture regarding the risks posed by air defenses—including against Israeli air power.

Traditionally, MANPADS are guided by an infrared heat-seeking sensor, but more recent models also have ultraviolet sensors that add to their accuracy. One of the ways that aircraft deal with threats is by releasing flares that act as decoys, attracting enemy missiles. To deal with the new UV sensors, multi-colored flares are now available as well.

“Aircraft require both soft and hard defenses to deal with threats,” a Western source said, referring to means that lead missiles astray, using lasers to blind their homing sensors or intercepting them kinetically.

Israeli unmanned aerial vehicles appear to be largely unaffected by surface-to-air missile fire from Gaza due to their high operating altitudes. At the same time, UAVs are not immune from such attacks and some medium-altitude UAVs could be at greater risk.

In the event of a larger escalation in Gaza, in which Israel Air Force helicopters may have to provide close-air support for ground forces, the aircraft will need to be equipped with a range of counter-missile systems to remain secure.

“Just as there are passive and active defense systems on board tanks, so too do all platforms require such defenses for their survivability,” said the Western source.

The system first became operational in 2011 in Gaza.

Ultimately, the risk posed to Israeli aircraft from Gaza is minor, particularly when compared to the far great threat to the IAF from Hezbollah’s array of surface-to-air missile systems in the north.

Hezbollah has both shoulder-fired missiles and anti-aircraft batteries, and can use the latter to target fighter jets, helicopters, missiles and UAVs, according to a report published in 2021 by the Alma Research and Education Center.

“Hezbollah’s intense involvement in the Syrian civil war has enabled it access to many types of weapons, including advanced Russian-made weapons from Syrian army weapons depots,” among them an array of anti-aircraft systems, added the report.

These include the SA-17 and SA-22 missile launchers, the SA-22, and the SA-8 truck-mounted launchers, which have far higher ranges and are guided by radar to targets.

In a future war with Hezbollah, the Israeli public may have to face downed IAF aircraft, a development the terrorist organization believes will strike a significant blow to Israeli morale, even if it has a minor effect on the outcome of the war.

Meanwhile, Iran appears on course to receive Russian Sukhoi Su-35 jets due to its support for Moscow in the Ukrainian conflict. It would represent the first time in decades that the Iranian air force received modern aircraft, a development that could have significant repercussions for the Gulf region and possibly for Israel as well.