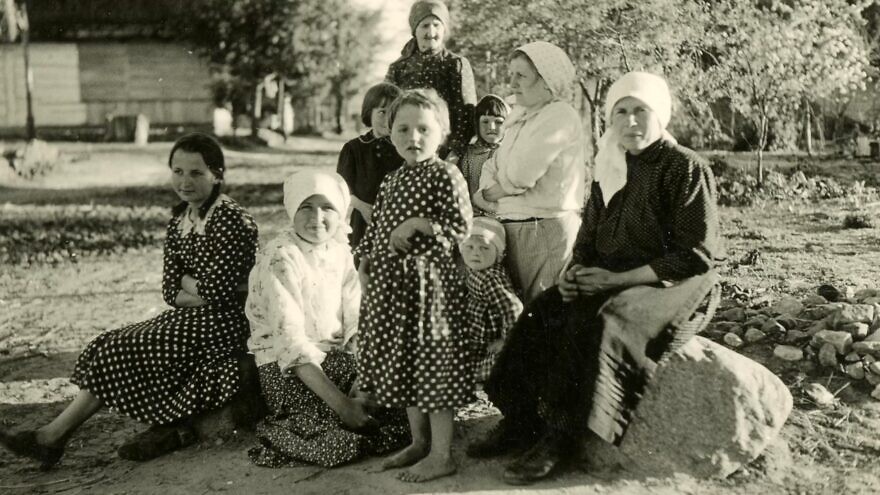 (January 12, 2022 / JNS) A Nazi almost murdered Anita Karl for the sin of trying to have a piece of chocolate.

The German asked Karl and her cousin if they wanted a piece of candy. Her cousin was quicker; he sat her on his lap, handed her a piece of chocolate with one hand, took his gun out in his other hand and did something inexplicable.

This is one of several highly traumatic stories in the powerful new documentary “Against All Odds: Surviving the Holocaust.” Karl would be one of only 200 out of 150,000 Jews in the Lvov ghetto to survive.

Directed and produced by Paul Bachow, the film—to be shown as part of the Miami Jewish Film Festival on Jan. 14—showcases the story of Karl and three other survivors. This no-frills documentary is simple and doesn’t boast a big budget. It doesn’t need to. It is an extremely potent film that makes you feel like the survivors are your family members telling their miraculous stories in your own living room.

Karl was staying in a home with a gentile woman when she saw a teenage boy shot and killed, his blood splattering the window. She asked the woman what took place.

“Oh, don’t worry; he’s just a Jew,” Karl recounts the woman as telling her, not knowing her true religion.

Because Karl’s mother had gone to a public school and had stayed for Catholic-school classes, she was able to convince authorities that she was Catholic and used an ingenious plan on a train to overcome the problem of not having documents to prove she was not a Jew.

Karl and her mother would see Jews that had been hanged to death with signs that read: “This is what happens to the Jews who try to escape.”

A cooked piece of potato peel

Gerald Beigel was one of three family members who survived, while 32 were murdered by the Nazis; and his mother and sister were on the last train to Auschwitz. Living in Berlin, his parents thought of Adolf Hitler as “crazy” and didn’t think he would last long in power. Of course, they were wrong.

Still, they attempted to get a visa for America but were told they would not receive it until 1947 or 1948. And so, he took off his Jewish star and went out, risking his life to go to the movies on many occasions.

When he eventually ended up at a death camp, despite being told to go to the left—meaning the gas chambers, he ran after his brother, who was told to go to the right. He survived two death marches, and after his leg was wounded and a doctor said they would have to amputate it, he said he’d rather die than have them do so. Beigel also recalls on his 17th birthday, he and his father celebrated with the only food they had: a cooked piece of potato peel.

He also tells of being carted away with two corpses about to be thrown in a fire, injured and barely able to move. But he did, and somehow, his life was spared, and he survived Auschwitz and Dachau. 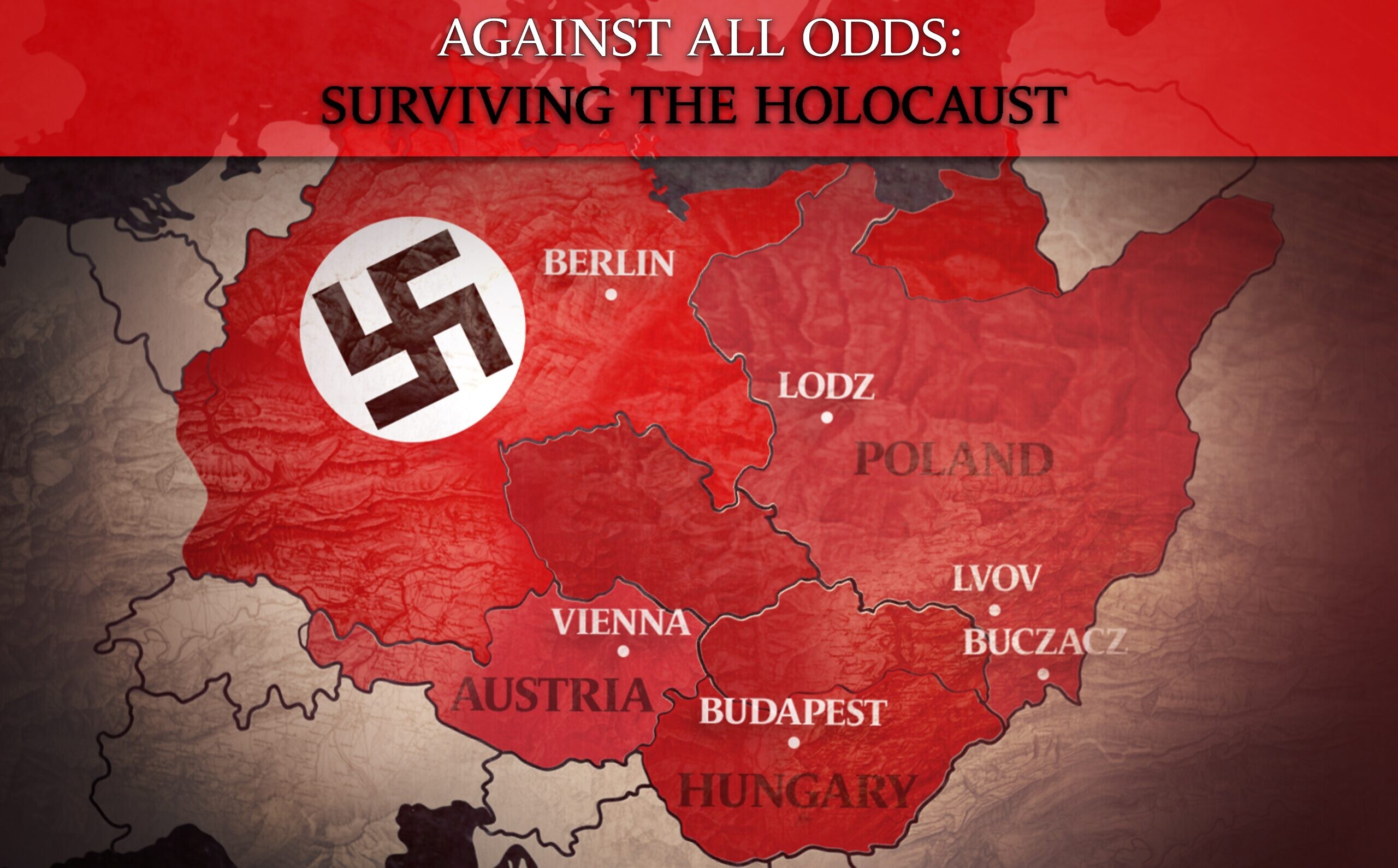 A map of Eastern Europe, as depicted in a new documentary directed and produced by Paul Bachow, “Against All Odds: Surviving the Holocaust.” Credit: Courtesy.

‘We will take revenge for you’

Ryszarda Rozenblum was one of maybe 11 who survived out of initially more than 75,000 children in the Lodz ghetto, the last remaining ghetto in German-occupied Poland.

The head of the ghetto suggested making a camp for youth that comprised about 1,000 children.

There, at first, they got a little bread and soup. Then children were taken to a school, and she’d sing “Hatikvah” to others and work four hours a day. Her brother was 13; she was 11. Fortunately, a rabbi gave her father good advice that resulted in saving her life. Born in 1929, her brother and parents, two sisters and about a total of 100 family members would be killed at Chelmno, Auschwitz and other death camps.

She recalls crying out, “Oh God, where are you now?” She was eventually saved, as depicted in the film, in a unique way.

When the Red Army came in, the Germans fled. In tears, as she saw she was alone, a young Russian soldier told her: “We will take revenge for you, don’t cry.”

A beating by saved his life

Walter Lebensohn from Vienna tells of how many Jews committed suicide. Born in 1931, anti-Semites would later throw him into the Danube Canal, but he was able to get out of the freezing water. He tells of how Jews didn’t believe they would be exterminated because they made up about half of the total doctors and lawyers. His father wanted to give him a Hebrew name but was told that due to rampant anti-Semitism, it wouldn’t be a good move, and so the person suggested the name “Walter” to his father.

Ironically, a beating by the head of an orphanage he was staying in saved his life. Afterwards, his mother was able to send him to an unlikely destination for safety as he took on the fake name of Michael Pepperman. He was on the last transport out of Hungary in 1942 before Adolph Eichmann told the Hungarian leader to now allow any more Jews to leave.

In this film, each story ends when the war ends. There is something known as “Holocaust fatigue,” when people have seen so many films or read so many books that they feel the market is saturated and they can’t handle any more information. But make room for one more film—this film. “Against All Odds: Surviving the Holocaust” is extremely riveting, dynamic in its simplicity and harrowing in its storytelling, but with a resounding message.

It is impossible to watch films like this and not wonder what you would have done had you been in a similar situation—being Jewish in the time of the Holocaust. What would it be like to live underground in secret, knowing one false move, breath or word could mean certain death? Survival guilt here is implied and not expressly stated. The film is well-edited, hard-hitting and could (and should) be used in schools. The saga of these Europeans turned Floridians is truly something to see.