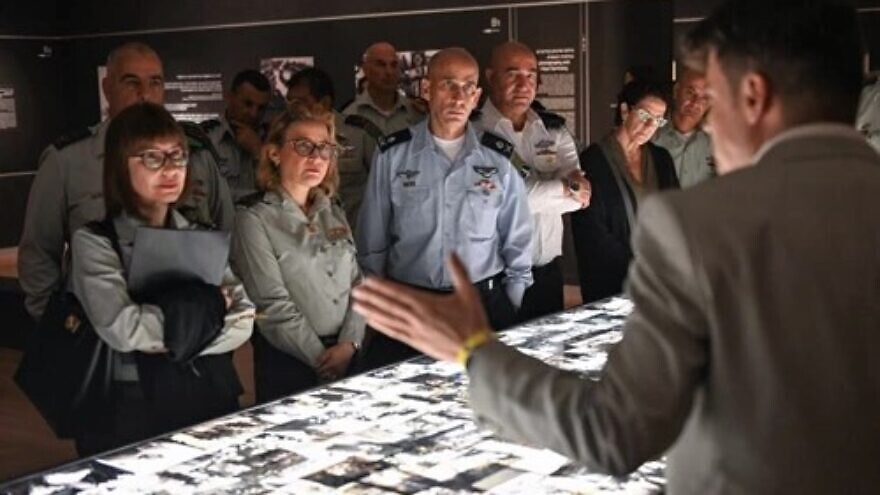 (April 25, 2022 / JNS) The Israel Defense Forces General Staff held a study day dedicated to commemorating the Holocaust at Yad Vashem in Jerusalem on Monday. Israel marks Yom Hashoah, Holocaust Remembrance Day, over the course of 24 hours starting on the evening of April 27.

The General Staff, headed by IDF Chief of Staff Lt. Gen. Aviv Kochavi, studied the experiences of Jewish families during the Holocaust.

The opening ceremony of Holocaust Remembrance Day is scheduled to begin in Jerusalem on Wednesday evening in the presence of leaders including Israeli Prime Minister Naftali Bennett, Israeli President Isaac Herzog, Holocaust survivors and many others. 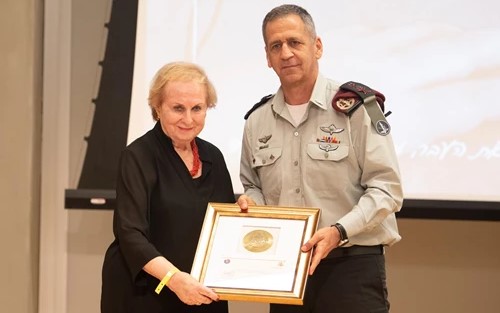 IDF Chief of Staff Lt. Gen. Aviv Kochavi with Ruth Zandman, the wife of the late Felix Zandman, who received a certificate for her contributions to the country on April 25, 2022. Credit: IDF Spokesperson’s Office.
Republish this article in your newspaper or website