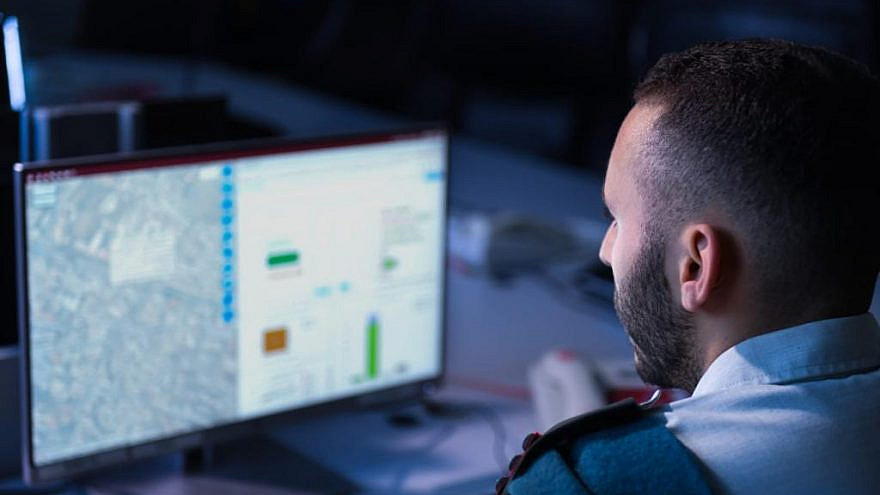 Flagship projects include the “Operational Internet,” which is designed to act like the civilian Internet and turn every component in the military into a partner that can team up with another partner. Credit: IDF Spokesperson's Unit.
Republish this article
1341 WORDS
Spread the word.
Help JNS grow!
Share now:

(March 17, 2021 / JNS) In the past, when ground units spotted a target and wished to transmit the data to an Israel Air Force aircraft, the process would take tens of minutes and involve an entire chain of command. But in the past year, the Israel Defense Forces has, as part of its ambitious digital transformation program, cut that time down to mere seconds.

“It is with the air force within seconds, and from there, the amount of time it takes for the bomb to reach the target is determined only by physics,” Col. Eli Birenbaum, head of Architecture Department in the IDF’s Digital Transformation Administration, told JNS.

A part of the C4i and Cyber Defense Directorate, the administration’s job is to look at the whole of the IDF and lead its digital innovation programs.

“The administration’s goal is to recruit the technology to fundamentally upgrade work processes, making them more effective and efficient, thereby saving time, resources and achieving a higher level of operational effectiveness,” explained Birenbaum. Within that grand effort, he ensures that new projects and capabilities connect into what he describes as the “IDF’s ecosystems.”

This has seen everything from digital maps to video services coming online across the military and becoming available to all branches. “We live in a single IDF community. It’s like the Internet world,” said Birenbaum.

Flagship projects include the “Operational Internet,” which is designed to act like the civilian Internet and turn every component in the military into a partner that can team up with another partner. “If a business development application is put on a cloud and is made accessible to all smartphones, this is very similar to the Operational Internet,” said Birenbaum.

“We asked ourselves, why stop at the ground forces? Let’s connect this system to other branches.”

It functions on digital infrastructure—a kind of military digital cloud system upon which applications run and made available to, for example, a field commander on the battlefield. The system can be fed with an array of data, which goes far beyond the location of the officer and his unit, and includes intelligence-data-processing tools, the delivery of video broadcasts by a drone overhead and much more.

“Whether I’m a company commander in a village or a brigade commander in headquarters, all will receive the same data,” said Birenbaum.

The Operational Internet can incorporate command networks created by the IDF’s individual services, such as the Ground Forces’ Digital Army Program, which is made by Elbit Systems. This program links together ground units. And it will go further, creating a multi-branch network that links air, sea and ground units into a single network.

“We understand that if the battalion commander is in combat and needs air-force assistance, the ground forces can’t solve this on their own,” stated Birenbaum. “The information has to reach the pilot.” 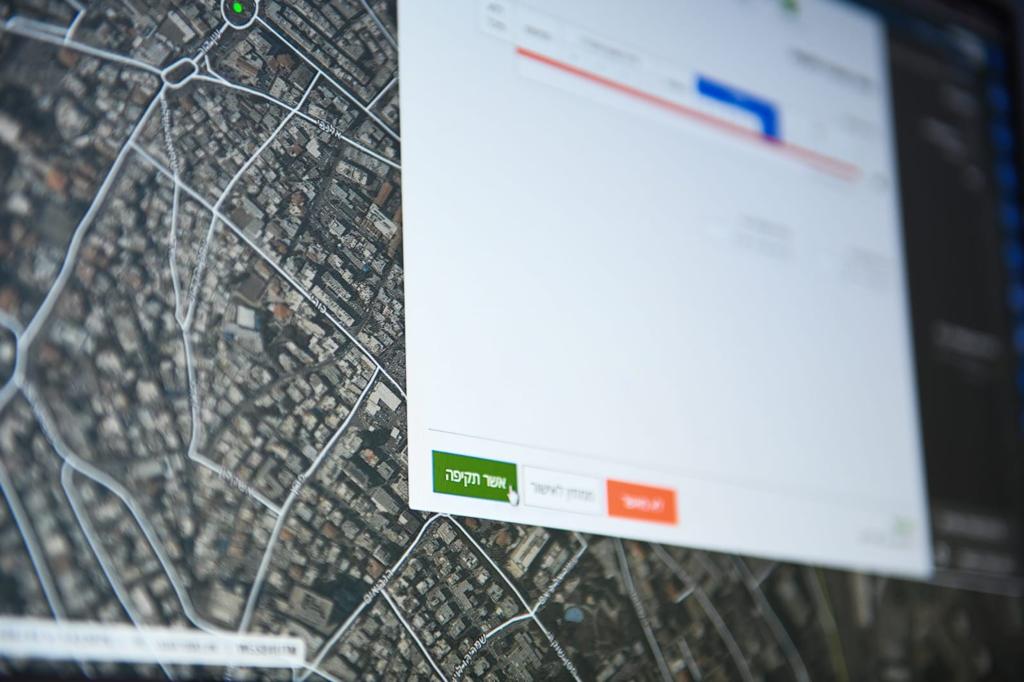 ‘Creating a digital bubble in the battlefield’

Other types of digital combat systems are also joining the wider Operational Internet program. One example is the Fire Weaver system, made by the Rafael defense company, which is in IDF service. Fire Weaver enables an officer or soldier to scan an area with binoculars, spot a target and flag it using augmented-reality technology (AR), and then activating a tank located in another position to fire on the target in seconds.

“We asked ourselves, why stop at the ground forces? Let’s connect this system to other branches. When a platoon commander raises his binoculars, a helicopter or ship can also fire on the target, not necessarily just a tank,” said Birenbaum. “We want to utilize the full power of the military under the slogan of ‘One IDF.’ Each branch tries to maximize its capabilities, and we create an optimal point, defined by the General Staff, where every branch gets the best service.”

Part of this approach rests on a revolutionary concept called the firepower tender. This means that a system such as Fire Weaver, after detecting and confirming a target, issues a “tender” to decide who will strike a target, and the network automatically selects the best-suited responder—a tank, a helicopter, a field unit or others to attack.

“The biggest obstacle is not technology, not the algorithms, but the people.”

Looking ahead, Birenbaum’s department is working towards realizing the slogan of IDF Chief of Staff Lt. Gen. Aviv Kochavi, “connecting everyone to everyone in the combat arena. This interconnectivity and networked approach involves not just ground, air and naval units, but also cyber, underground combat, and the electromagnetic spectrum,” said Birenbaum. “These are not separate efforts. When we enter an arena, we want the IDF to act as a single fist—for the company and battalion commander to deliver targets to the drones above them. We are creating a digital bubble in the battlefield, where all systems talk to one another.”

Now, he said, the first buds of this concept are appearing as part of a long-term process.

‘Turning into an information-based organization’

Meanwhile, the IDF is looking for a large international high-tech corporation to team up with to build the largest-ever military computing cloud.

“It’s clear that the IDF—no matter how big it develops its digital infrastructure—will always be smaller than Amazon, Google and other tech giants,” said Birenbaum. “These are not equal forces; hence, we want to see how we can get the big world actors to help us” in building a new military cloud.

Future operational abilities will be more dependent on digital networks than on planes and bombs, he argued, so the IDF has begun searching for a large international company that can assist in this project.

“We understand that this is the basis of turning into an information-based organization,” he said.

As for keeping all of that sensitive data secure from the enemy, “information security is a red line,” stressed Birenbaum. “We won’t settle for anything but the most severe supervision and security. The [IDF] Center of Encryption and Information Security is in charge of approving this. We are holding intensive talks on how to do this in the right manner and to ensure that nothing leaks.”

Birenbaum likened it to the model of a smart home, in which a processing unit knows when to switch on the water heater, close the shades and turn on an air-conditioner automatically.

“We live in a single IDF community. It’s like the Internet world.”

“We look at our architecture in the same way,” he explained. “But we understand that the maneuvering forces need much smaller digital processing services. They have to fit on-board a tank; it can’t be a large data center. These tactical processing units will gather information from sensors in the combat arena and then make recommendations or activate firepower, using the central cloud.”

The ability to take data and convert it into insights that can advise anyone from battalion commanders all the way up to the general staff is an important working area.

“If you ask me, the biggest obstacle is not technology, not the algorithms, but the people,” said Birenbaum. “Will a battalion commander trust a machine that advises him to navigate right or left? First, he must understand why he should trust it. We are part of that process of preparing the IDF for information. Not only for technology or data analysis but for training its commanders.”

As part of this learning process, the department has turned to large civilian communities in Israel and abroad to learn how to conduct digital transformation. This included meetings with businesses and seeing how they took the digital plunge.

“We see that after 18 months, the major generals in the general staff are speaking the digital language. There has been a change not only in the messaging but also the intonation; they understand how this benefits them and it can impact operational processes,” he said. “The challenge is also to get the battalion commander and the squadron commander to make this conceptual shift. It is a big challenge. Hence this is not only about digital innovation.”