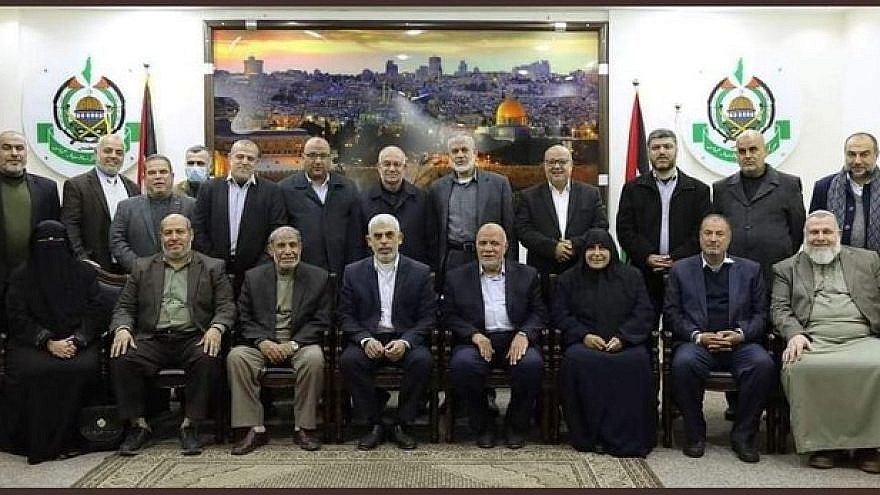 Al-Shanti, a former Palestinian legislator, is the widow of Hamas terrorist mastermind Abdel Aziz al-Rantisi, who was killed by Israel in 2004 during the Second Intifada.

Another female delegate, Fatman Sharab, was elected as head of the Hamas women’s movement. While this is a senior role within the terrorist group, Sharab will not be part of the politburo.

Hamas has been holding a series of internal elections for the past few weeks. The vote is conducted in secret in Gaza, the West Bank, overseas and in Israeli prisons.

Following several rounds of votes, Yahya Sinwar, 58, fended off a challenge from Nizar Awadallah, one of Hamas’s founders, and was elected for another four-year term.

Sinwar is a former top member of the Izzadin al-Qassam Brigades. He was jailed in Israel for over 20 years for his terrorist activities and was released in the 2011 Schalit prisoner exchange.

Awadallah, 64, has been a member of Hamas’ politburo since 2009. The former head of the Majlis al-Shura—Hamas’s Advisory Council—Awadallah was a confidant of Hamas founder Sheikh Ahmad Yassin. In 1989 he was imprisoned for six years by Israel due to his terrorist activity.

Awadallah is also believed to have close ties with the Iranian regime.