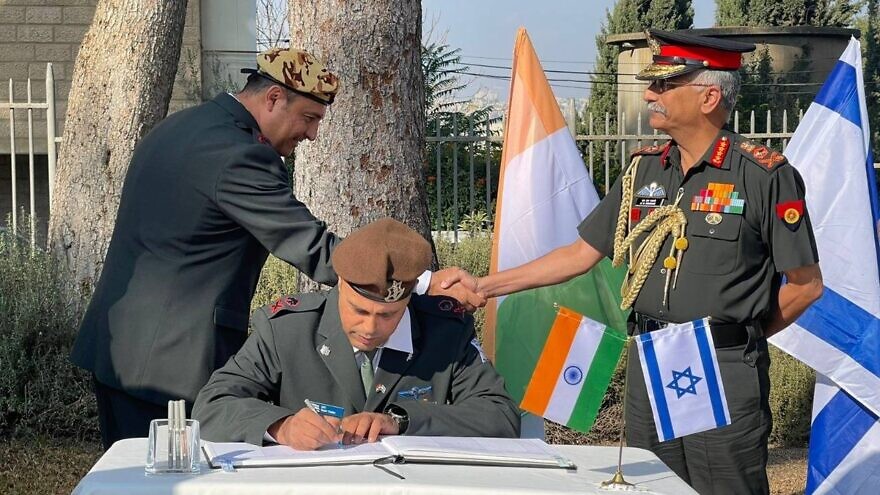 Upon arrival on Wednesday, Navarne visited the main headquarters of the Israel Defense Forces in Tel Aviv.

The next day, he stopped at the Indian Soldiers War Memorial in Jerusalem, where he laid a wreath and paid tribute to Indian army casualties that fell during World War I.

Also on Thursday, Navarne was greeted by the IDF Guard of Honor before observing an IDF special operations unit, “where he was briefed on aspects of the conduct of counter-terrorism operations,” according to the report.

He also spent time on Israel’s northern borders, receiving a briefing there by IDF officers.