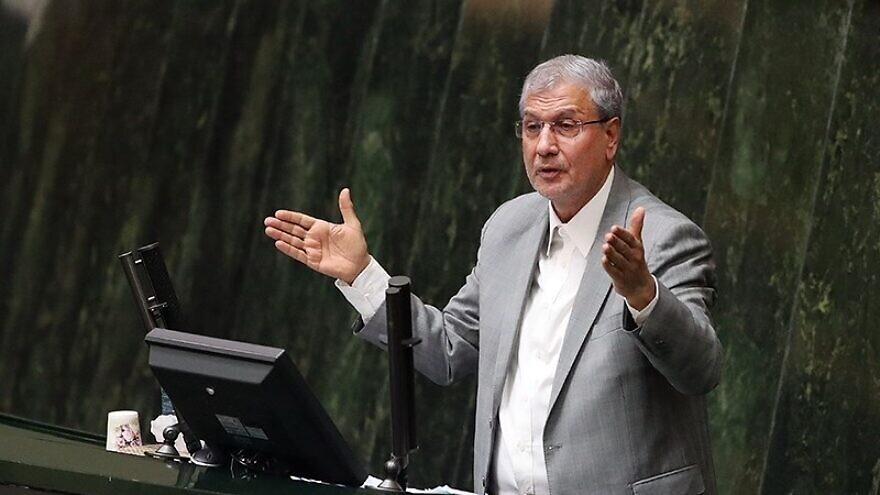 (July 6, 2021 / JNS) Iran accused Israel on Tuesday of responsibility for an attack last month on a civilian nuclear facility in Karaj near Tehran.

In answer to a question during a press conference, Iranian government spokesman Ali Rabiei said that the attack had been aimed at derailing the ongoing talks in Vienna with regard to resurrecting the 2015 nuclear deal, the Joint Comprehensive Plan of Action (JCPOA), according to IRNA.

“The Zionist regime took these measures to … say that the world does not need to talk to Iran,” said Rabiei, adding that acts of sabotage only make Iran stronger.

The incident was originally reported by Iranian media on June 23 as a thwarted sabotage attempt on a building belonging to Iran’s Atomic Energy Organization that resulted in no damage or casualties.

However, Israel’s Channel 13 reported shortly afterwards that the target of the attack was a factory producing aluminum blades for uranium-enrichment centrifuges, which had suffered damage as a result.

According to a report by The New York Times, the facility, known as the Iran Centrifuge Technology Company, or TESA, is one of the main manufacturing centers for the centrifuges used at the nuclear facilities in Fordow and Natanz. According to the Times, the attack was carried out by means of a small quadcopter drone apparently launched from a location not far from the site.

The Times further claimed that the TESA site was on a list of targets presented by Israel to then-President Donald Trump in 2020.

During Tuesday’s press conference, Rabiei said that satellite images distributed after the attack showed an industrial shed the roof of which had been removed for repairs. While the roof had been damaged in the attack, he said, there was no further damage to essential equipment.