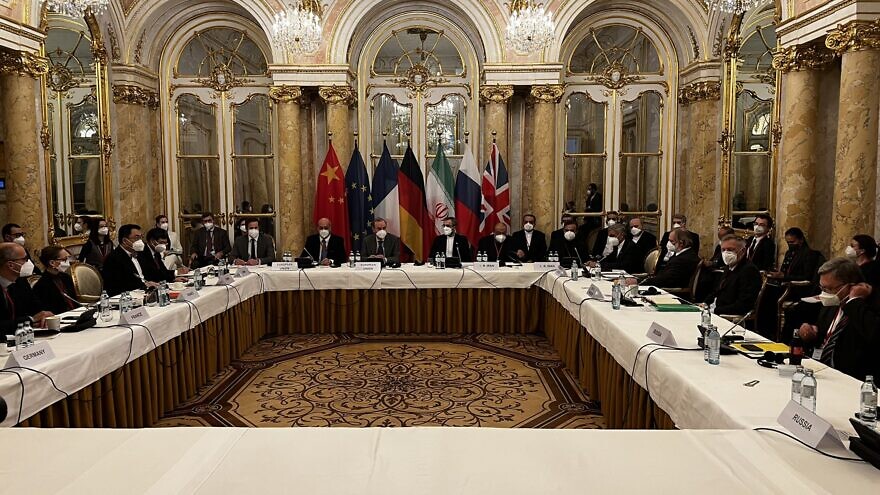 (November 30, 2021 / JNS) European diplomats said on Tuesday that if Iran does not demonstrate seriousness in nuclear negotiations with world powers this week, there will be a problem.

Andrea Stricker, a research fellow at the Foundation for Defense of Democracies and an expert on the Iran nuclear program, told JNS that “if Iran comes to talks with maximalist demands for sanctions relief and refuses to resume discussing the Joint Comprehensive Plan of Action (JCPOA), the P5+1 will quickly realize that Tehran’s game is one of extortion, and they could pivot to a united pressure front.”

The P5+1 is made up of the five permanent members of the U.N. Security Council, plus Germany.

Diplomats from France, Britain and Germany said on the sidelines of talks in Vienna that the issue of what to do with advanced centrifuges Iran is using to enrich uranium remains unresolved, reported Reuters.

Stricker said, “If Iran asks for massive sanctions relief in return for a limited nuclear deal, talks could drag on for months.”

The Biden foreign-policy team may accept a weaker deal than the JCPOA “simply to check a box on the Iran problem and move on,” she asserted.

Iran has made irreversible knowledge gains regarding higher enrichment, advanced centrifuges and uranium metal production, among others, continued Stricker.

Interestingly, she said it is increasingly likely that Tehran has decided that it can live without Western sanctions relief and is using talks as a cover to move closer to the nuclear threshold.

“If so, what we could be seeing is a slow-motion breakout,” she said.

Two unnamed Israeli officials told CNN in a report published Monday—confirming a story first reported by Axios—that Israel shared intelligence with U.S. officials recently that showed that Iran is preparing to enrich uranium up to 90 percent.

While the P5+1 focuses on debate, they could lose precious time to unite and stop Iran’s advances, noted Stricker: “Iran could be positioning itself so close to making nuclear weapons that if Tehran chose to break out, countries mighty be deterred from intervening.”

Furthermore, through current inaction at the IAEA Board of Governors and U.N. Security Council, and in the absence of multilateral sanctions, “the P5+1 are narrowing their options to military intervention or accepting a nuclear-armed Iran.”

Regarding the possibility of a military attack against Iran’s nuclear program, Stricker estimates it not as an easy target, and it is unlikely that strikes could end the program, as facilities, people and capabilities are widely dispersed. 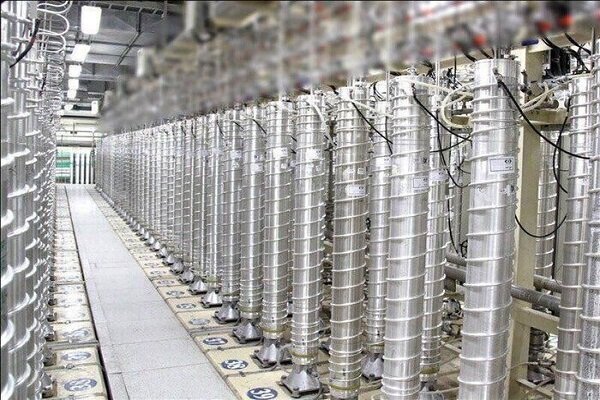 ‘Talks are achieving no desirable outcome’

Efraim Inbar, president of the Jerusalem Institute for Strategic Studies, was pessimistic regarding the chances of a good result from the renewal of talks with Iran.

“We are on our own,” he stated starkly.

If Jerusalem chooses to strike, the situation could escalate dramatically and force Washington to consider intervening. Stricker sees Israeli sabotage of the nuclear program and alleged operations against infrastructure as middle ground.

For its part, Israel has been warning that it can make life very tough for the regime if Tehran continues its nuclear advances.

In a Twitter post on Monday, Israeli Prime Minister Naftali Bennett sent a message to the Western powers negotiating with Iran stating: “Don’t give in to nuclear blackmail.”

He went on to say in the video, “Iran won’t just keep its nuclear program. From today, they’ll be getting paid for it.”

A report by David Albright, Sarah Burkhard and Stricker for the Institute for Science and International Security said the IAEA’s latest report notes that Iran has enough enriched uranium enriched to nearly 20 and 60 percent to produce “a single nuclear weapon in as little as three weeks.”

“Even if Iran continues to permit the IAEA to service agency equipment, the verification process may now face such serious gaps that it is impossible to restore the IAEA’s continuity of knowledge of Iran’s nuclear activities, which is so vital to verification,” it stated.

IAEA Director-General Rafael Grossi said as much, warning that it would soon be unable to effectively monitor material produced at the factory in Karaj because of a lack of access.

As Inbar summed up: “The talks are achieving no desirable outcome and serve as no more than a debate club.”