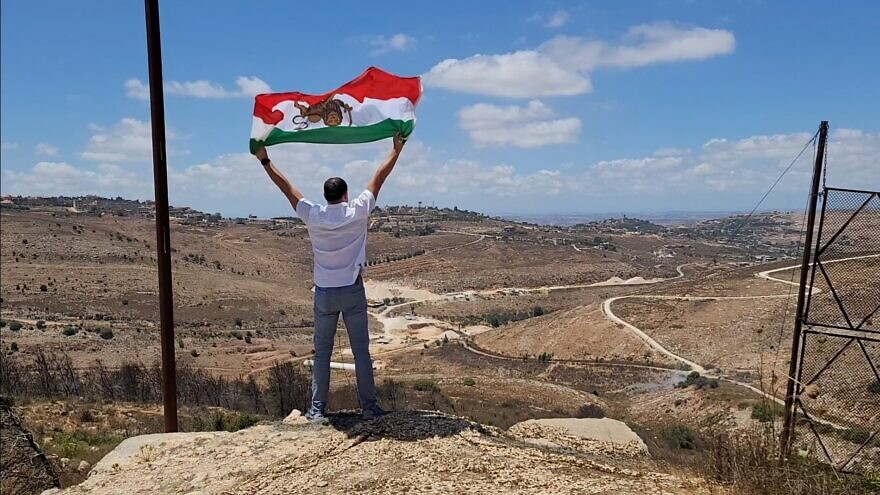 (August 31, 2021 / JNS) After a visit to Israel’s Yad Vashem Holocaust museum in late July, Khosrow Beitollahi, a former Iranian air force pilot and activist against Iran’s current regime, said he was devastated to learn of the magnitude of the Nazi genocide also but inspired by the spirit of the Jewish people to rebuild new lives in their ancestral homeland.

Beitollahi is one of the hundreds of Iranian non-Jewish activists in the United States—a number that is growing—who are openly supporting Israel because of their desire to help rebuild Iran’s neglected and devastated landscape under the current ruling Islamic regime.

“This current criminal regime in Iran has created a failed state because it cannot provide basic water, electricity and food resources for the country’s population of 80 million,” said Beitollahi, 70, who lives in Los Angeles. “This regime will soon collapse and we the patriots of Iran have a responsibility to reach out to Israel, our only true friend in the region for their help to avoid a major humanitarian catastrophe for the people of Iran.”

Beitollahi was one of six Iranian dissidents from the U.S. who visited Israel last month in a tour organized by the Southern California-based Institute for Voices of Liberty (iVOL).

“We did not go to Israel as representatives of the people of Iran,” said Beitollahi, who was involved in a failed 1980 attempt to bomb the late Ayatollah Ruhollah Khomeini’s home in Iran. “We went as Iranian patriots who have seen the mullah regime destroy our beloved Iran for 42 years and want the help of Israeli experts in water, agriculture, technology and other areas to rebuild Iran when this evil regime collapses soon.”

The iVOL trip was not the first of its kind. In 2016, the Jerusalem Center for Public Affairs (JCPA) hosted a symposium in which 15 to 20 Iranian regime opposition activists from the United States and Europe met with Israeli security experts to discuss the aftermath of the Iran nuclear deal. At the time, the JCPA event in Israel was not widely publicized over concerns that some Iranian attendees could be targeted for potential attacks by Iranian regime agents operating in Europe. 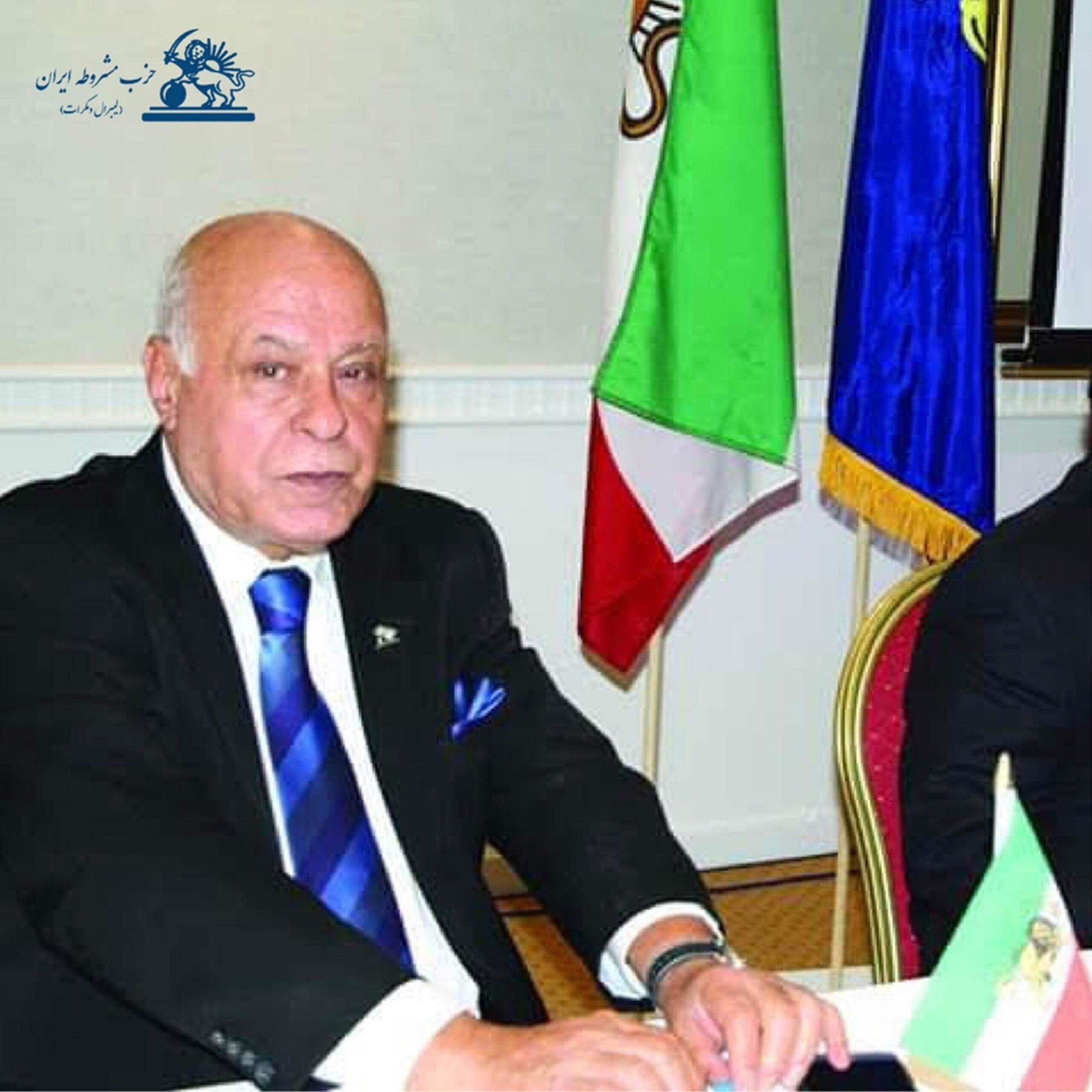 Khosrow Beitollahi is one of the hundreds of Iranian non-Jewish activists in the United States who are openly supporting Israel. Credit: Courtesy.

Ahmad Batebi, an Iranian non-Jewish activist and journalist who also visited Israel with iVOL, was inundated with positive and Israel-supportive messages on social media platforms from Iranians inside and outside of Iran after he posted photos of himself in Israel.

“I was brought to tears by the countless messages of love and a desire for peace with the Israeli people coming from my compatriots in Iran who know that they’ve been lied to by the Islamic Republic about Israel for decades,” said Batebi, a former political prisoner who now lives in Washington, D.C.

Batebi said he and like-minded Iranian opposition activists would like to continue building new bonds with Israelis in Israel and in the United States through a series of cultural events.

“I would love to see a night of poetry recitals between Israelis and Iranians here or in Israel — or perhaps Israeli and Iranian musicians performing together,” said Batebi. “Every act of open friendship between Iranians and Israelis helps bring the two people together and strengthens this ancient bond.”

Indeed, support for Israel among many Iranian Americans and Iranians within Iran is strong. During the Israel-Hamas war this past May, thousands of Iranians worldwide posted messages of support for Israel on social-media outlets. One Iran-based account identified as “Mamadou Archives” hosted a live session on May 13 with more than 25,000 participants—primarily, Iranians—who sent out nearly 100,000 tweets in seven hours.

For some Iranian-American opposition activists, supporting Israel is not a new phenomenon.

“For the last decade I have been fighting tooth and nail on the Iranian and international fronts to prove that Israel is ‘not the enemy of Iran,’ but the enemy of the regime in Iran,” said Dr. Reza Parchizadeh, a political theorist based in Maryland. “I’ve made many proposals for friendship and cooperation between the two countries, and in the meantime borne the brunt of all those who stood in the way of ‘normalization.’”

With the largest Iranian-American ex-pat community-based in California, activists said they would like to begin building bonds with Israelis and American pro-Israel groups on a local level.

One such Los Angeles-based Iranian non-profit, the “Normal Life Council,” has been inspired by Iranian judoka Saeid Mollaei, who won a silver medal at the recent Tokyo Olympics and dedicated it to the people of Israel.

“We would love to co-host with a local Israeli group an exhibition judo or wrestling event here in Los Angeles between Iranian athletes like Mollaei and Israeli athletes to show the people of Iran that there’s nothing wrong with competing against Israelis,” said Ali Ebrahimzadeh, head of the Normal Life Council.

Saeed Deihimi, an Iranian-American pianist and music teacher at the popular World of Music school in Los Angeles, said his group would welcome the opportunity to have joint Iranian-Israeli concerts.

“For the past 40 years, the Iranian-Jewish community has almost singlehandedly kept the music of Iran alive by encouraging their kids to learn Persian instruments and funding Iranian musicians or singers by bringing them to their parties,” said Deihimi, who is not Jewish. “I know many of my students and their families would jump at the chance to help fund and organize musical concerts that promote friendship between Israelis and Iranians.” 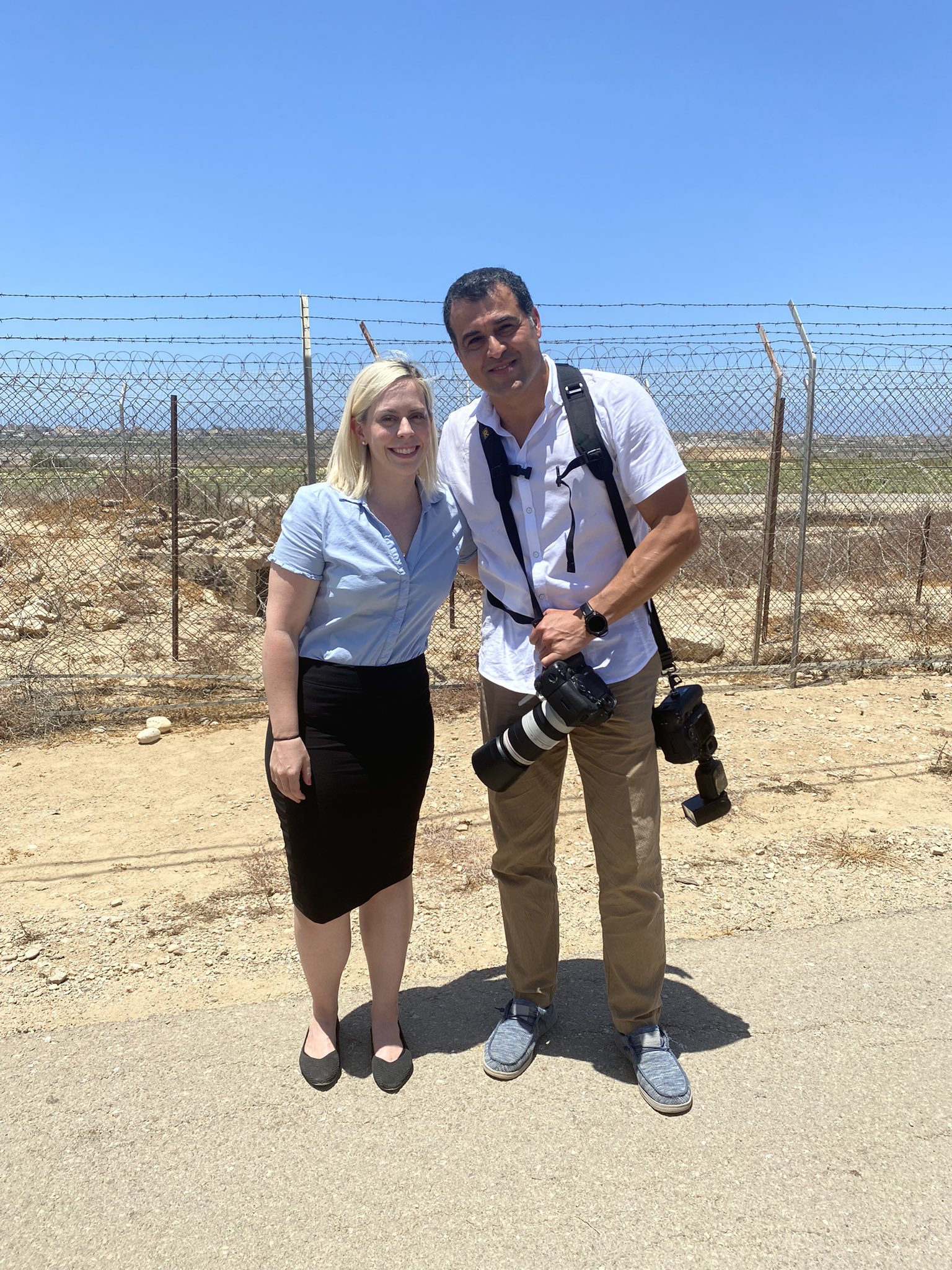 Arielle Mokhtarzadeh, who serves on the board of the Iranian-Jewish nonprofit 30 Years After in Los Angeles, explained that Iranian-American Jews “exist in the grey space between Iran and Israel.”

“We have the unique ability to translate and transform relationships between non-Jewish Iranians and Israelis,” said Mokhtarzadeh. “Our existence as part of one group makes us a great asset to the other.”

Southern California’s Iranian Jews have in the last few years undertaken a number of cultural and social events which have welcomed members of the non-Jewish Iranian community.

“This was really a spiritual event and not as much a religious one where we welcomed Iranians of all faiths to join us in a sense of brotherhood,” said Malekan. “As Iranian Jews, we have a deep love for both Iran and Israel, so I see no reason why we should not do more similar music events to bring both of these people together in friendship.”

Beitollahi emphasized the long-term importance of building these new bridges.

“This Islamic regime in Iran will collapse—it’s not a matter of if, it’s a matter of when,” he said, “and we need to have our relationships in place with Israelis to help the people of Iran immediately rebuild the nation the day after the mullahs are ousted.”