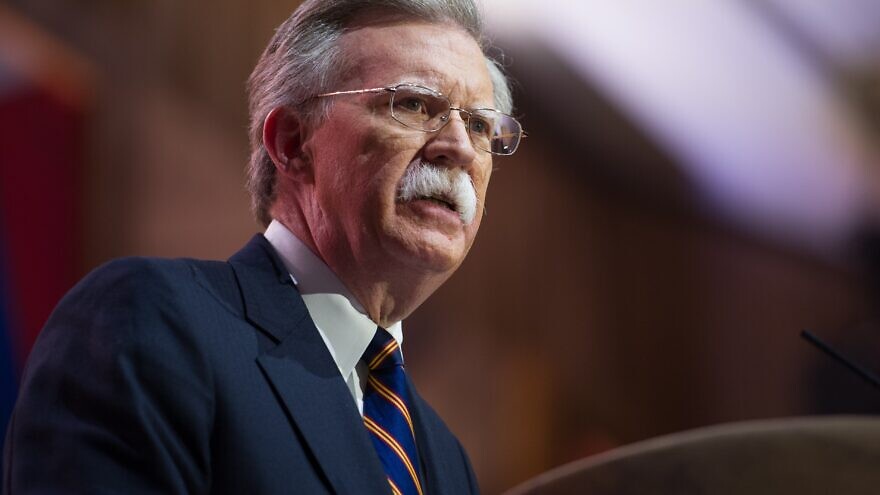 Shahram Poursafi, 45, is accused of attempting to pay individuals in Washington, D.C., and Maryland $300,000 to kill Bolton in retaliation for the administration’s assassination of IRGC Quds Force commander Qassem Soleimani during an airstrike in January 2020.

According to a department news release, Poursafi (also known as Mehdi Rezayi) attempted to hire individuals in the United States to carry out the murder beginning in October 2021.

“The Justice Department has the solemn duty to defend our citizens from hostile governments who seek to hurt or kill them,” said Assistant Attorney General Matt Olsen of the Justice Department’s National Security Division. “This is not the first time we have uncovered Iranian plots to exact revenge against individuals on U.S. soil, and we will work tirelessly to expose and disrupt every one of these efforts.”

Efforts to assassinate Bolton came while the United States was negotiating indirectly with Iran to re-enter the 2015 Iran nuclear deal. The negotiations are ongoing, with a demand from Iran for the United States to de-list the IRGC from the list of Foreign Terrorist Organizations.

“While much cannot be said publicly right now, one point is indisputable: Iran’s rulers are liars, terrorists, and enemies of the United States. Their radical, anti-American objectives are unchanged; their commitments are worthless; and their global threat is growing,” said Bolton in a statement.

“Iran’s nuclear weapons and terrorist activities are two sides of the same coin. No responsible U.S. government should think otherwise,” he added. “America re-entering the failed 2015 Iran nuclear deal would be an unparalleled self-inflicted wound, to ourselves and our closest Middle East allies. I remain committed to making sure it does not happen.”

Bolton, who served the Trump administration for 17 months, was a key architect of the administration’s “maximum pressure” campaign putting harsh sanctions in place against the Islamic Republic before resigning his position over disagreements with the president.

The department’s release also mentioned that Poursafi attempted to convince the individual to also assassinate another American for an even higher bounty, though the individual was not mentioned in the release.

The U.S. State Department has previously revealed that it spends more than $2 million per month providing 24-hour security for former Secretary of State Mike Pompeo and former Iran envoy Brian Hook due to “serious and credible” threats by Iran.