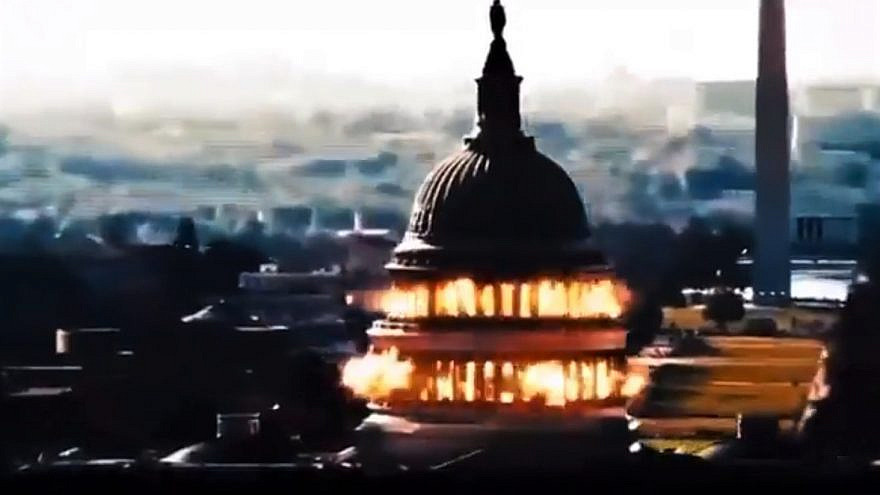 (May 7, 2021 / JNS) A video clip depicting the dome of the U.S. Capitol in Washington, D.C., exploding after scenes of Islamic Revolutionary Guard Corps troops marching on parade and the launch of a missile was shown on Iranian state television on Sunday prior to the speech of its Supreme Leader Ayatollah Ali Khamenei.

The video was sent in a tweet by Kasra Aarabi, an analyst at the Tony Blair Institute, who said it demonstrated the anti-American ideology of the IRGC, which seems to be gaining power in Iran.

First reported by The Washington Free Beacon on Monday, the video comes at a time when the United States and Iran are engaged in indirect talks to re-enter the 2015 Iran nuclear deal, with reports that the Biden administration has agreed to billions of dollars in sanctions relief for Iran.

“Last week, Iran’s chief diplomat allegedly admitted the IRGC calls the shots in Tehran,” tweeted Toomey. “Now, Iran releases a fake video of the IRGC blowing up our Capitol. The Biden admin’s priority should be ensuring Iran cannot carry out such an attack, not capitulating by removing sanctions.”

During his remarks following the video, Khamenei praised the IRGC, which the U.S. State Department considers a foreign terrorist organization.