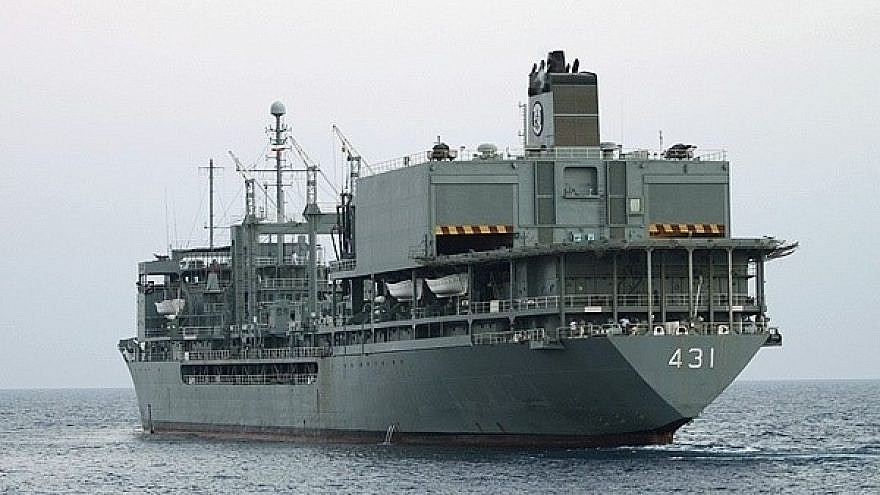 A logistics, training and supply vessel, the ship was on a training operation “when one of its systems caught fire,” according to Iran’s semi-official Tasnim News Agency.

Military and civilian organizations struggled for 20 hours to extinguish the fire, but their efforts proved futile “as the fire spread to different parts of the naval ship, which finally sank,” the Islamic Republic of Iran Navy said in a statement. All crew safely disembarked and were transferred to the coast, according to the statement.

The ship, the largest warship in the Iranian navy, sank near the port of Jask on the Gulf of Oman, near the Strait of Hormuz, AP reported.

The Kharg, built in the United Kingdom in 1977 and delivered to Iran in 1984, was among the only vessels in the Iranian navy capable of providing replenishment at sea for its other ships, and was also capable of serving as a launch point for helicopters, the report said.

While Iran has offered no explanation yet as to the cause of the fire, there have been a series of mysterious incidents involving shipping in the area, going back to 2019.

Most recently, in February and March, two Israeli-owned cargo vessels suffered explosions, suspected to have been caused by Iran. In April, in the Red Sea, an Iranian vessel, the MV Saviz, was damaged in what is believed to have been an Israeli attack.