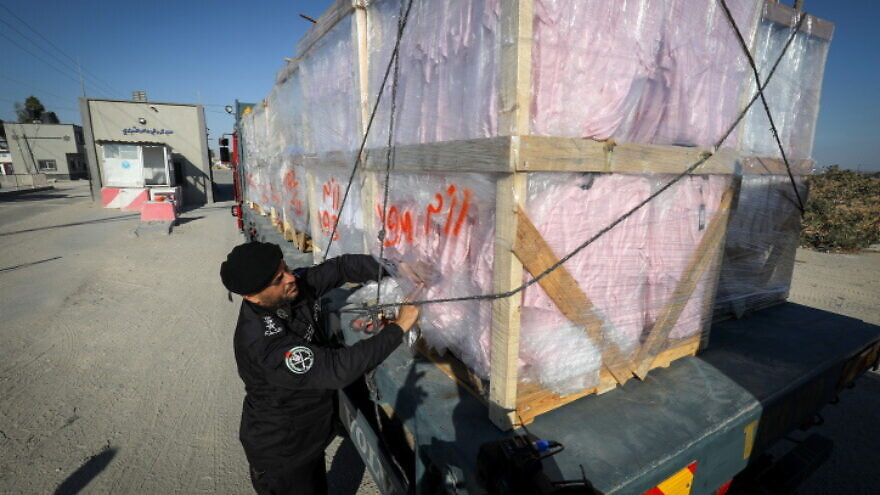 (September 1, 2021 / JNS) Israel approved a series of steps on Wednesday to relax restrictions on the Gaza Strip that were imposed since Hamas rocket attacks that numbered in the thousands and the resulting Israel Defense Forces’ “Operation Guardian of the Walls,” which took place between May 10 and May 21.

The easing includes expanding Gaza’s fishing zone to 15 nautical miles and raising the number of Gazan merchants permitted to enter Israel by 5,000—from 2,000 to 7,000. It also increases the amount of water Israel will supply to the Gaza Strip by 5 million cubic meters.

“The civilian measures approved by the political echelon are conditional on the continued maintenance of security stability over time, and their expansion will be examined in accordance with the assessment of the situation,” said Israel’s Coordinator of Government Activities in the Territories (COGAT) in a statement, reported Ynet.

COGAT is responsible for coordination with the Palestinian Authority.

The relaxing of restrictions follows the entry into the Gaza Strip on Tuesday of building materials for international humanitarian construction projects.

Truckloads of cement, granite, marble and other materials entered through the Kerem Shalom border crossing. It was the first time such materials were allowed since the ceasefire on May 21 after 11 days of fighting, reported Hebrew media.

Israel has been dealing with renewed border riots organized by Hamas over the last few weeks. An Israeli border guard died Monday from wounds sustained on Aug. 21 when he was shot at point-blank range by a terrorist on the Gaza border.

The IDF conducted airstrikes against Hamas targets on Sunday in response to those riots, with Israeli fighter jets striking a Hamas military compound used for training and the production of weapons as well as a tunnel near the Jabalya, just north of Gaza City.