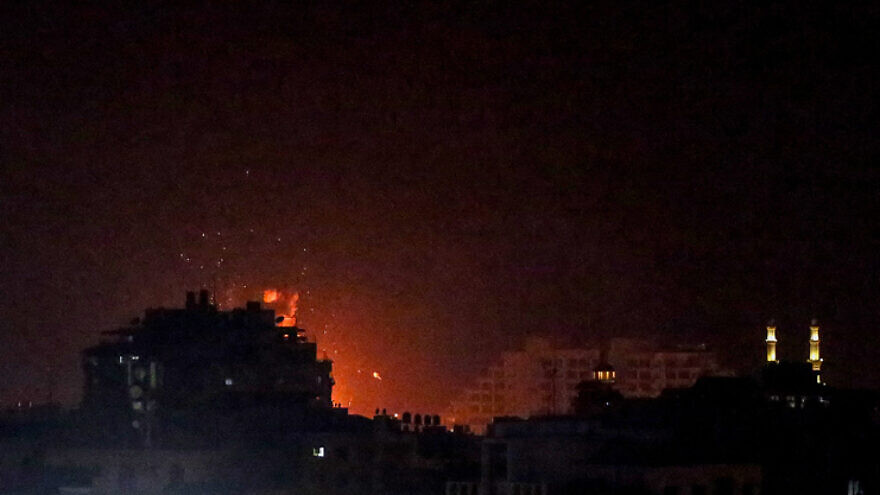 Fighter jets attacked a Hamas military compound used for training and the production of weapons, and a tunnel near the Jabalya, just north of Gaza City, the IDF reported.

The border riots began at 8:00 p.m. on Saturday, Channel 12 reported, with rioters burning tires and throwing stun grenades and explosives at Israeli forces.