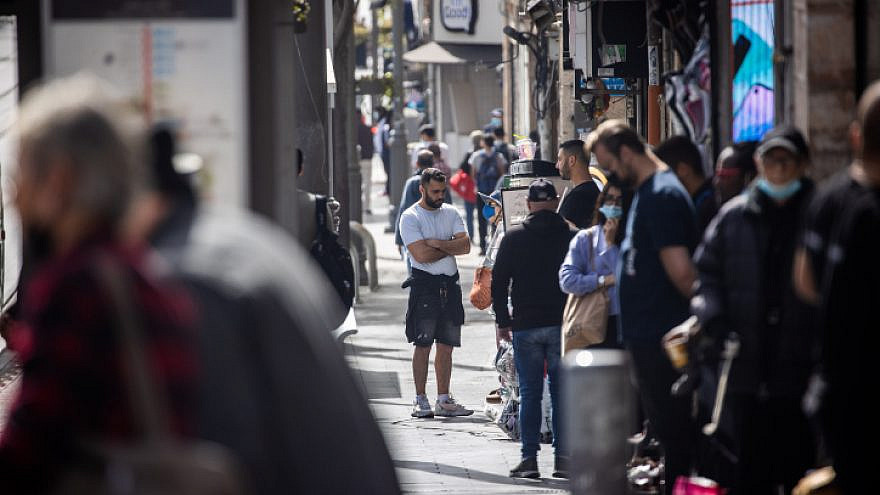 (April 8, 2021 / Israel Hayom) A two-minute siren wailed across Israel on Thursday, as the country stood still to commemorate the 6 million Jews who perished in the Holocaust.

Holocaust Remembrance Day events got underway on Wednesday evening at a state ceremony at the national memorial, Yad Vashem in Jerusalem.

Various events and ceremonies have been taking place on Thursday with special programming in the broadcast media, including testimonies of survivors and documentaries retelling their ordeal.

Speaking at Wednesday’s event, Rivlin called on Israelis to embrace Holocaust survivors as they struggle with their old age and the ongoing impact of the coronavirus pandemic.

“Some 900 died because of the virus; they survived the death camp and the ghettos, the detention and the journey to Israel, but they waged their final battle behind masks, frightened,” he said. “They were thirsty for contact with others, and tonight our thoughts and prayers go out to them and their families.”

Speaking about his upcoming departure from office as his term ends, Rivlin vowed that he would not relinquish his duties to keep Holocaust survivors in mind.

“Despite my presidency coming to an end, I will never end my commitment as a human being, Jew and Israeli to remember you and to remind others about the Holocaust, and teach people the values you have instilled in all of us,” he said.