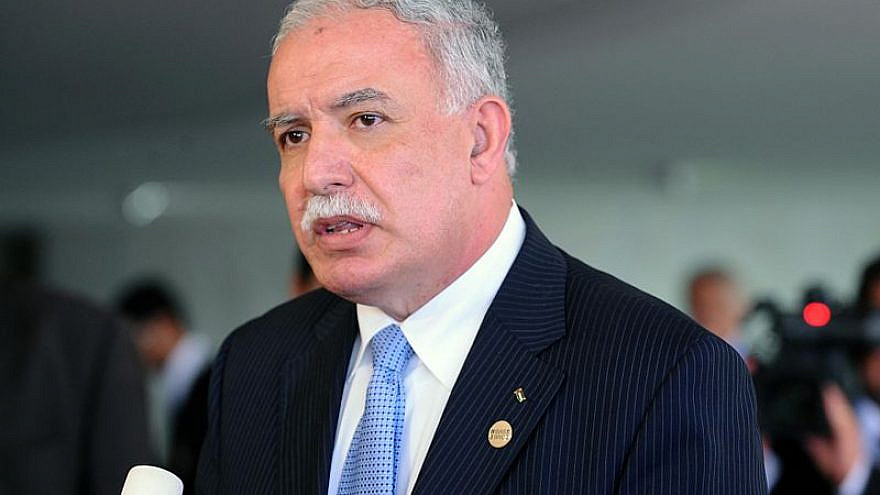 (March 22, 2021 / JNS) Israeli authorities confiscated the VIP border pass of Palestinian Foreign Minister Riyad al-Maliki on his return to Judea and Samaria, or West Bank, after meeting at the International Criminal Court, a Palestinian official told Reuters on Sunday.

According to the report, Deek claimed that the move against Maliki was because he met with the lead prosecutor, Fatou Bensouda, at the ICC in The Hague on Thursday.

He added that Israeli security forces questioned Maliki’s aides for 90 minutes at the border crossing from Jordan.

The Israeli news website Walla quoted an Israeli official saying Maliki’s visit to the ICC was the reason for the confiscation of his VIP card.

Maliki’s office said on Thursday that he met with Bensouda to urge that her investigation into alleged “war crimes” by Israelis against the Palestinians, which was announced earlier this month, be accelerated.