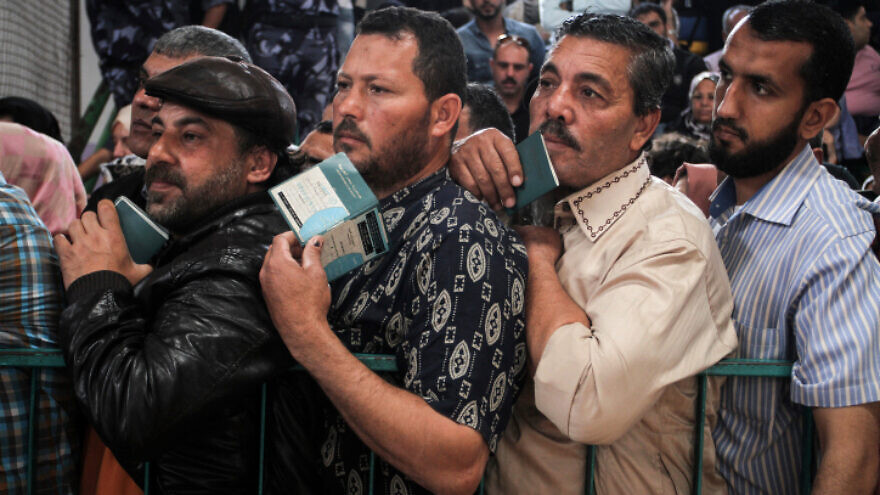 Palestinians wait at the Rafah border crossing with Egypt in southern Gaza after it was opened for two days by Egyptian authorities, on May 11, 2016. Photo by Abed Rahim Khatib/ Flash90.
Spread the word.
Help JNS grow!
Share now:

(February 19, 2020 / JNS) Israel announced on Tuesday that following several days of “relative quiet” from the Gaza Strip, it was easing restrictions on the coastal territory.

According to the Israeli Defense Ministry’s Coordinator of Government Activities in the Territories (COGAT), among the measures taken will be extending the fishing zone off the Gaza coast to 15 nautical miles and issuing 2,000 additional entry permits to Israel, a 40 percent increase, reported Ynet.

The increase raises the total number of permits to an unprecedented 7,000, according to the report.

Gazans entering Israel on Wednesday morning expressed appreciation that Israel had allowed them in.

“Everyone wants to work [in Israel]; everyone wants quiet, and a good life,” said Nahed Halees, who crossed at the Erez border crossing, according to Ynet.

“Everyone tells me, ‘I want to get in [to Israel] for work,’ but I tell them that I can’t get them a permit. More merchants should be allowed out of Gaza to work [in Israel],” he said.

Israel is providing relief to Gaza as part of an Egyptian-negotiated unofficial truce with Hamas, the report noted.