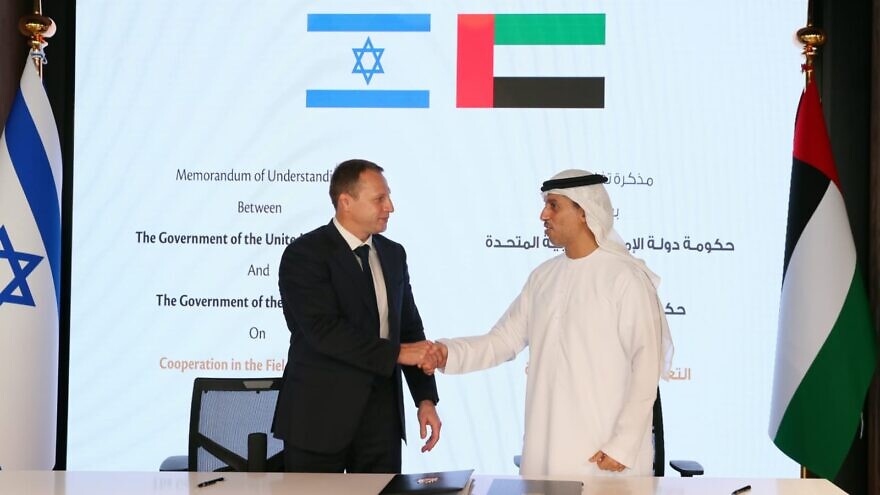 (February 9, 2022 / JNS) Flights between the United Arab Emirates and Israel will continue for at least another month as the countries negotiate and work through their disagreements, JNS has confirmed.

On Tuesday, as Israeli Tourism Minister Yoel Razvozov signed a historic tourism agreement in Dubai, Transportation Minister Merav Michaeli arranged for the current security arrangements for Tel Aviv-Dubai flights to be extended for around another month, to enable both sides to agree on the permanent system.

“I am happy about the temporary solution to the issue of flights between us, and that we may continue to visit each other’s country,” Razvozov said. “There is a willingness to regulate the issue.”

Israel had said earlier this week that it would halt direct flights between the two countries over Shin Bet security concerns and differences between the Israel Security Agency and its Dubai counterparts on aviation-security measures.

The agreement signed between Razvozov and UAE Economy Minister HE Dr. Ahmad Belhoul Al Falasi is meant to form the basis for cooperation in encouraging tourism between the two countries, including joint travel packages, conferences and other events.

The Tourism Ministry said that the agreement should bring billions of shekels a year into Israel’s economy.

“This is a historic moment and another significant step in the relationship between our countries,” Razvozov said at the signing. “We call on all Gulf countries to build with us a new reality of prosperity, security and stability.”

Israel and the UAE signed the Abraham Accords in September 2020, normalizing relations between the two countries.