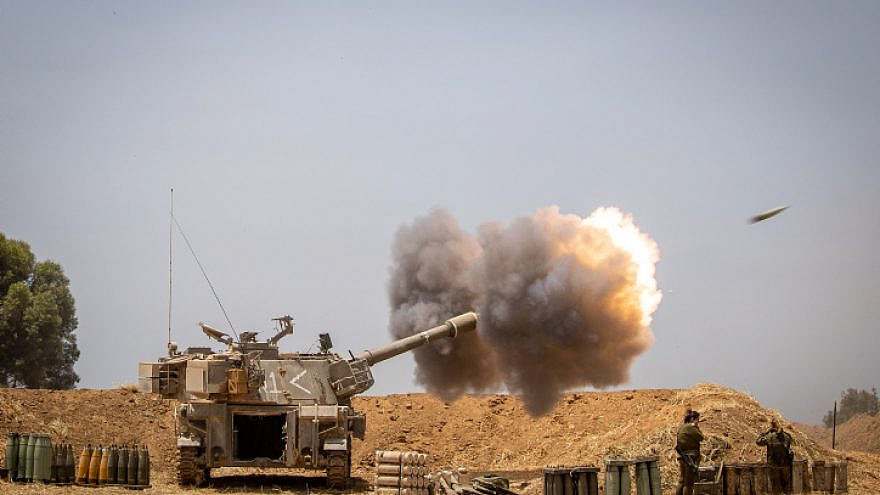 (May 19, 2021 / JNS) The real test of the current efforts by the Israel Defense Forces to pound Hamas will be measured over years, Maj. Gen. Aharon Haliva, the head of the IDF Operations Branch, told N12 on Wednesday.

He siad the latest escalation has taught Hamas and other terrorist organizations in the Gaza Strip that Israel intends “to return quiet and security in a different way”—a new way.

When Hamas’s leaders emerge from their hiding spots and “see the massive damage to military targets and to the terrorist infrastructure in Gaza, and the IDF will continue to defend against [a future] ‘drizzle’ of rockets, I think the understanding will sink in on the other side in a way that will lead to a quiet that is different to what we have gotten used to,” said Haliva.

Israel has achieved significant military achievements through multiple degradations of Hamas’s capabilities, he argued, adding that this can be seen in “every way that I know how to measure—underground and overground, in the surprises it planned, its capabilities in the air and at sea.”

Haliva praised the resilience of the Israeli people, saying “the achievement is that, at the end of the day, Hamas understands that firing anywhere in the State of Israel is intolerable.”

He also noted that Hamas wanted to end the current conflict with Israel after it fired on Jerusalem on May 10—on Jerusalem Day—and after the major strikes that it absorbed from the IDF in the first 48 hours of the operation, which would have left more of their weapons cache and strategic sites intact.

Asked about reports that the IDF is hunting Hamas military-wing commander Muhammad Deif, the Israeli general said that “every villain is in the IDF’s sights, and we are working in line with what is right to lead to security.”