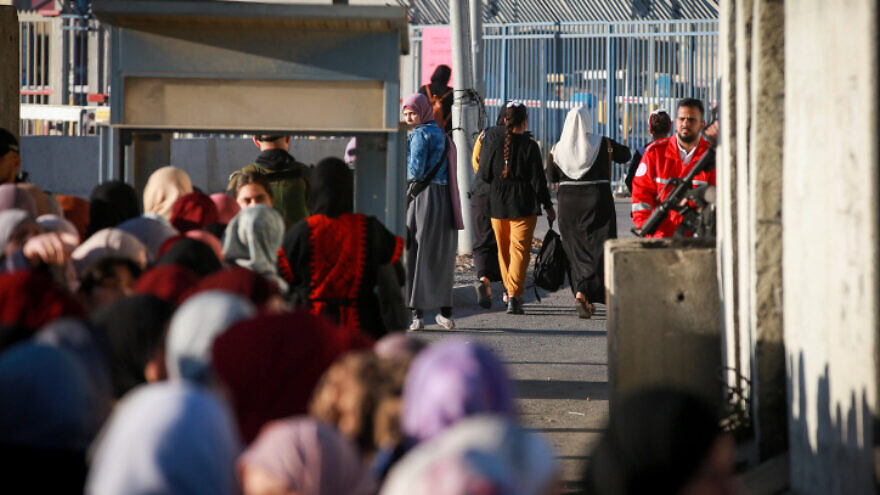 The “Job Seekers” permit is being issued to Palestinians who pass security screenings, and enables them to enter Israel 15 times over the course of two months in order to seek out employment, according to Kan News.

The permits are being issued to Palestinians aged 22 and over if they are married, or 27 and over if single. Applicants need to download an app run by Israel’s Coordinator of Government Activities in the Territories (COGAT) and fill out their details before receiving an answer, according to the report.

Kan cited a statement by COGAT as saying that the defense establishment has been working to decrease the phenomenon of Palestinians illegally entering Israel, including, among other means, by securing the “seam zone” and setting up a barrier in Judea and Samaria.

“In the context of the overall effort,” the statement continued, “it was decided to adapt criteria to issuing employment permits in Israel, with the goal being to tighten security supervision on Palestinians entering Israel for work, and to boost enforcement against those in Israel illegally, as well as those who transport and employ them.”

Palestinians who do not find work within the designated timeframe will reportedly be required to thereafter remain outside of Israel for a period of several months.