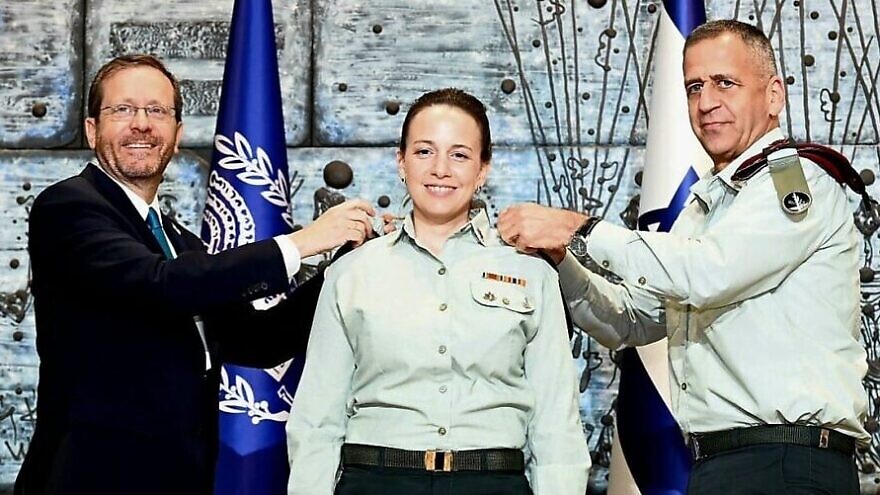 (August 1, 2022 / JNS) Brig. Gen. Naama Rosen, 40, was appointed the first female military secretary to the Israeli president on Sunday during a ceremony in Jerusalem at the presidential residence.

Rosen, who was promoted to brigadier general as part of the move, replaces Brig. Gen. Alaa Abu Rochan, who served in the position for the past three years.

“You are making history, and you have made it this far on your own merit,” said Israel’s President Isaac Herzog during the ceremony.

“Thanks to you—thanks to your skills, your abilities, your achievements and the status you have carved out for yourself in a variety of roles in the Israel Defense Forces, in general, and the intelligence branch, in particular,” he stated.

The appointment ceremony was attended by IDF  Chief of Staff Lt. Gen. Aviv Kochavi and other military brass from the IDF General Staff Forum.

“It is a great privilege for me to serve and work alongside the president, a man who made it his goal to unite Israeli society and works tirelessly for the future of the country and the Jewish people,” said Rosen.