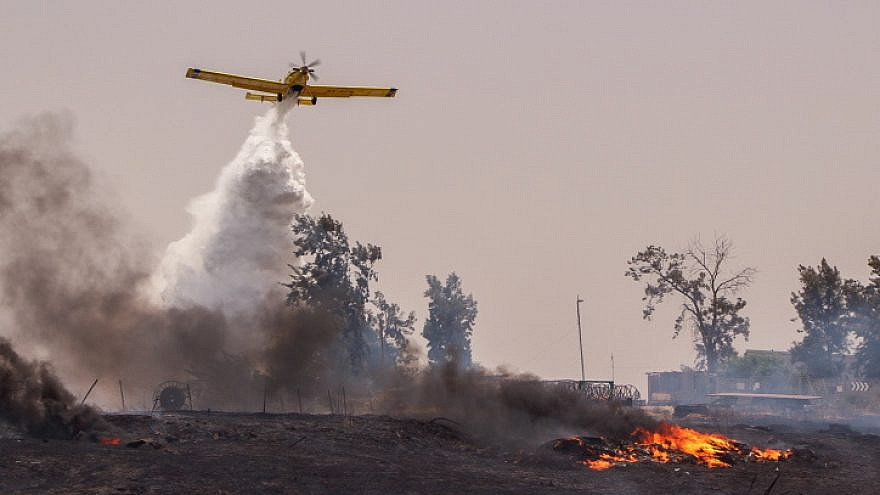 (July 4, 2021 / JNS) Israel dispatched two firefighting planes and flame-retardant material to Cyprus on Sunday, to help the island nation extinguish what the director of its forestry called the “worst forest fire in the history” of the country, according to local media.

Israeli Prime Minister Naftali Bennett approved the move on Saturday, “based on Israel’s close ties with Cyprus” and a mutual-assistance pact between the two countries’ fire-and-rescue services, the Government Press Office said in a statement.

The European Commission said Greece sent firefighting planes and that Italy would as well.

The fire affected 10 communities over an area of 19 square miles, led to the evacuation of seven of them and resulted in power outages in at least eight, news agencies reported. On Saturday, four were found dead near the mountain community of Odou. They are said to be Egyptian nationals.

High winds and temperatures above 104 degrees Fahrenheit have contributed to the fire’s spread.

According to news agencies, it’s unclear what caused the fire, but Cypriot authorities have arrested a 67-year-old man for questioning.