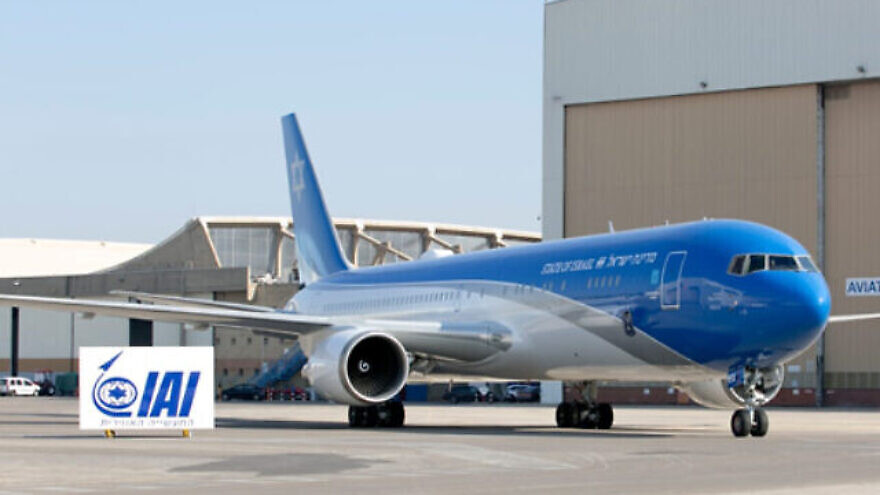 (October 5, 2020 / JNS) The first-ever plane for exclusive use by Israel’s prime ministers and presidents on official trips abroad is expected to be ready for takeoff within two weeks, Channel 12 reported on Wednesday night.

The customized Boeing 767, which has informally been dubbed “Israeli Air Force One”—in reference to the name of the U.S. presidential jet—is painted blue and white with a Star of David on the tail.

The 19-year-old plane arrived in Israel in 2016 from Australian airline Qantas, and underwent special renovations by Israel Aerospace Industries (IAI). It was first seen exiting the hangar at IAI’s aircraft division at the end of last October.

Its first test flight was conducted in November 2019, and the last is set for February 2020. In early March, the Prime Minister’s Office ordered all subsequent test flights grounded until further notice, according to Ynet, due to public criticism over the cost of the project, estimated at NIS 730 million (approximately $213 million).

It is not likely that the plane will be used by Israeli Prime Minister Benjamin Netanyahu or President Reuven Rivlin in the near future, however, due to the spread of COVID-19, according to Channel 12. But it will conduct test flights “from time to time,” to make sure that its systems are functioning properly, the report stated.

The report also noted that the plane will be transferred to the Nevatim Israeli Air Force Base, where IAI will be responsible for its ongoing maintenance.