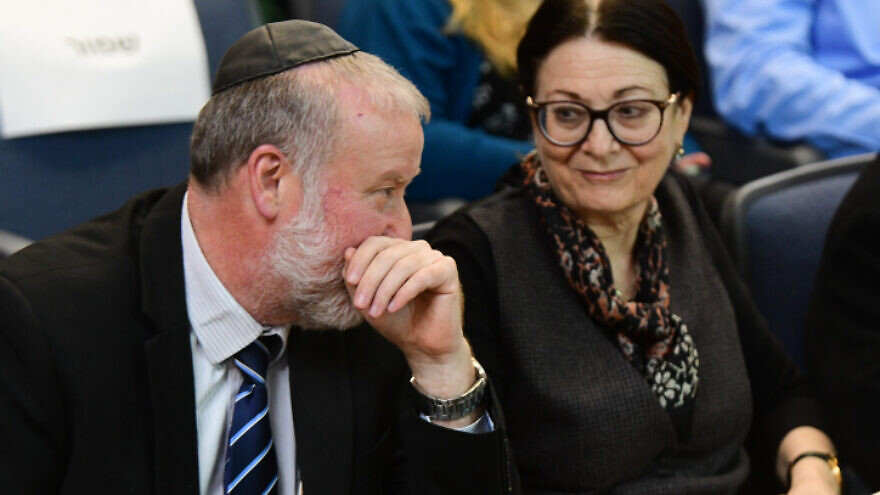 However, in his remarks to a legal conference in Herzliya, Mandelblit emphasized that Netanyahu may not use his authority as prime minister to influence his personal affairs.

“As I made it clear to the Supreme Court in the position I submitted, it is possible for a prime minister standing trial on criminal charges to continue serving if conflicts of interest are strictly regulated, preventing any possibility that he might use his authority to influence his personal or legal matters,” said Mandelblit.

Mandelblit said that possible conflicts of interest should be handled in a way that would ensure “complete separation” between Netanyahu’s office and the legal proceedings against him.

“These things have been clearly stated in a ruling by Chief Justice [Esther Hayut],” said Mandelblit.

Netanyahu has accused Mandelblit himself of a conflict of interest with regard to his indictment and trial, going so far as to claim the attorney general is orchestrating a “coup attempt.”

“Mandelblit is trying to overturn the democratic choice of millions of citizens who elected Benjamin Netanyahu as prime minister, as well as the decision of the 11 Supreme Court justices who determined that Prime Minister Netanyahu could continue to serve [as prime minister]. And this, in their chutzpah, is what ‘Justice Department officials’ call ‘democracy’ and ‘rule of law,’” Netanyahu posted on Twitter on June 30.

Netanyahu’s statement came hours after Mandelblit officially opposed his request to be allowed to receive NIS 10 million ($3 million) from U.S. businessman Spencer Partrich to defray the costs of his trial.

Mandelblit had issued a legal opinion according to which the money was tantamount to a gift, and thus illegal for a public official to receive under Israeli law. He further pointed out that Partrich is a witness in one of the cases against Netanyahu.

Netanyahu is being tried on charges of fraud, breach of trust and accepting bribes. The accusations include accepting some $200,000 in gifts from associates, and ensuring favorable regulation measures in exchange for positive media coverage.