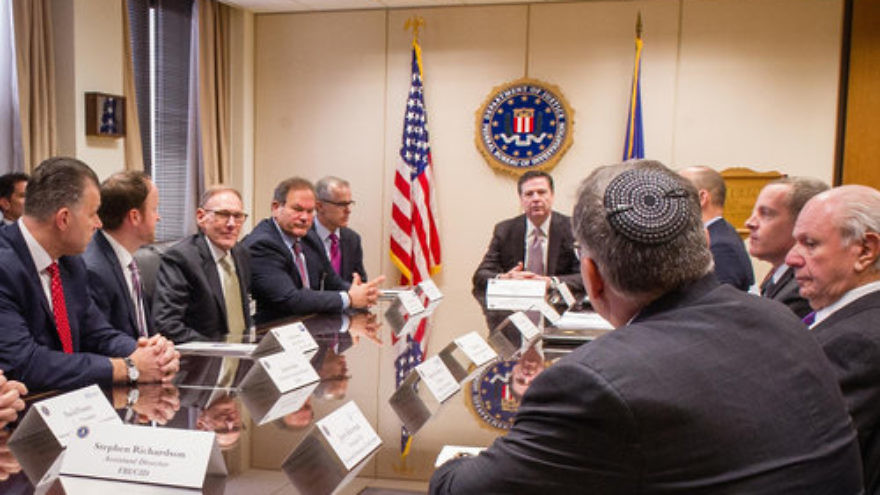 (March 23, 2017 / JNS) A Jewish teenager with dual Israeli and American citizenship living in the southern Israeli city of Ashkelon was arrested Thursday in connection to the wave of more than 100 bomb threats against JCCs and other Jewish institutions across North America since the beginning of 2017.

The suspect, 19, was arrested by Israel’s Lahav 433 police unit in the wake of a months-long investigation by Israeli authorities, who worked alongside the FBI and other international law enforcement agencies. Authorities did not release the suspect’s name Thursday. Additionally, police detained the suspect’s father on suspicion that he knew of his son’s activities.

Authorities believe the suspect was also behind a bomb threat against two Delta Airlines flights between New York and Tel Aviv in January 2015, the Times of Israel reported.

The JCC Association of North America said Thursday that it is “gratified by the progress in this investigation” and praised law enforcement agencies’ “commitment and leadership.” But the umbrella organization for the community centers added that it is “troubled to learn that the individual suspected of making these threats…is reportedly Jewish.”

During a raid on the suspect’s home, authorities found an advanced computer lab with sophisticated equipment, including voice-altering technology, encryption methods and a large antenna that he likely used to phone and email bomb threats to Jewish institutions in the U.S., Canada, Australia, New Zealand and Israel.

According to Haaretz, authorities confiscated five computers, including the large antennas, which police believe allowed the suspect to use other people’s networks to commit the alleged crimes and throw off investigators. But eventually, police were able to create a profile of the suspect and determine the method to find him.

It is believed the suspect has lived in Israel for several years, and that the IDF refused to draft him “on personal grounds after finding him unfit for service,” Haaretz reported.

The suspect was scheduled to be brought before a Magistrate’s Court in the Israeli city of Rishon LeZion Thursday.

Israel Police spokesman Mickey Rosenfeld said this arrest was part of a coordinated international operation to try to find to find suspects behind the bomb threats.

Rosenfeld added that “he was the main suspect behind the numerous amount of threats which were made to different Jewish communities and organizations around the world.” Investigators, he said, will to continue to “see if and how he was connected to the different Jewish communities in the U.S. That directs the investigation to the American connection. We are looking to see if there was an incident which triggered him to carry out threatening those communities.”

Israeli Public Security Minister Gilad Erdan congratulated police on the arrest and expressed his hope that it would bring an end to the threats against Jewish institutions.

“We hope that this investigation will help shed light on some of the recent threats against Jewish institutions, which have caused great concern both among Jewish communities and the Israeli government,” said Erdan.

U.S. Attorney General Jeff Sessions, meanwhile, said the Department of Justice “is committed to protecting the civil rights of all Americans, and we will not tolerate the targeting of any community in this country on the basis of their religious beliefs. I commend the FBI and Israeli National Police for their outstanding work on this case.”

Earlier this month, U.S. authorities arrested Juan Thompson, a 31-year-old former news reporter from St. Louis, in connection with eight bomb threats against Jewish institutions. At the time, law enforcement officials said Thompson was not believed to be the main suspect behind the threats, an assertion that is purportedly confirmed by the latest arrest.

Following Thursday’s arrest in Israel, Anti-Defamation League CEO Jonathan Greenblatt said that even though “it appears that the main culprit behind the majority of these attacks has allegedly been identified, anti-Semitism in the U.S. remains a very serious concern.”

“No arrests have been made in three cemetery desecrations [that have occurred in early 2017] or a series of other anti-Semitic incidents involving swastika graffiti and hate fliers,” he said. “JCCs and other institutions should not relax security measures or become less vigilant.”