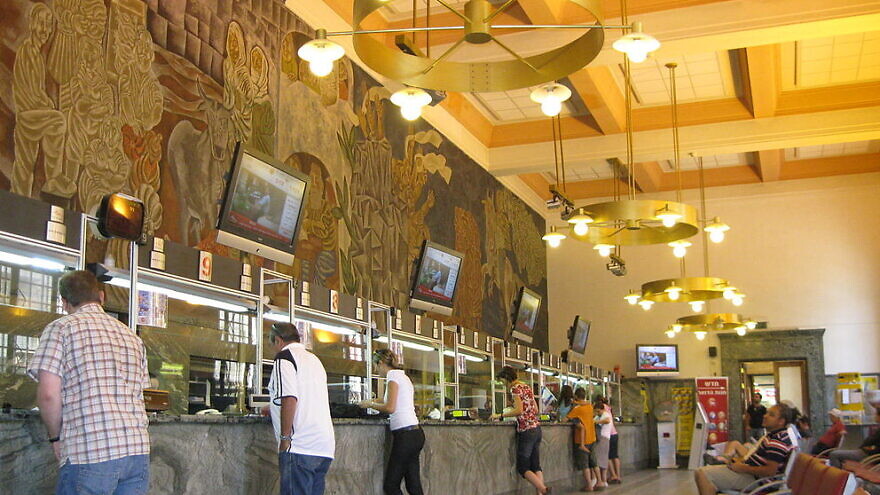 The national postal service underwent partial privatization in 2020, leaving the government in control of 80 percent of the agency and selling 20 percent to what the Government Companies Authority (GCA) defined as a “strategic private investor.”

Wednesday’s decision follows a series of consultations by the finance and communications ministries and the GCA, which concluded that the full privatization of the postal service would address the myriad of problems plaguing its operations.

The Israel Post has its roots in the postal system of Israel’s British Mandate period (1920-1948). The Ministry of Postal Services was officially formed in 1951, and was downgraded to an agency in 1986 when the Israel Postal Authority was created. In 2002, following massive financial losses, political scandals and lagging technological growth, several major reforms were implemented and the agency underwent an overhaul, resulting in the inception of the Israel Postal Company in 2006.

The Israel Post is effectively the largest logistics and retail chain in the country: it has 5,000 employees, including 1,650 mail delivery staff and 1,300 locations nationwide.

However, it routinely tops the list of most complained-about agencies in the country at the Public Ombudsman’s Unit, which is a division of the State Comptroller’s Office. In 2020, it ranked third in the number of public complaints (836), with 73.4 percent of the grievances being found justified.

Hendel’s announcement follows a lengthy effort to privatize the postal service. The GCA began pursuing the issue in 2018, and has now determined that the partial sale, finalized in 2020, failed to accomplish its purpose.

An official in the Communications Ministry told local media that the agency’s performance proves that as long as the government remains the primary shareholder in the Israel Post, it will continue to be required to stage periodic bailouts to salvage the company, each to the tune of hundreds of millions of shekels.

The current privatization move pegs the value of the Israel Post at 1 billion shekels ($320 million).

Israeli media reported that Hendel and Finance Minister Avigdor Lieberman have outlined an initial public offering of 40 percent of the postal service’s shares on the Tel Aviv Stock Exchange.

The rest of the shares will be liquidated via various sales, according to the success of the IPO.

The communications and finance ministries will further pursue measures to update regulation and upgrade the digitization of the postal service.

The proposed reform includes expanding competition in the field of mail processing and offering digitization incentives, changing the regulation on postal fees and imposing higher fines on Israel Post franchisees who violate the terms of their license.

“From the moment I took office, I was told to steer clear of the Israel Post. Numerous communications ministers wouldn’t dare touch this hot potato,” Hendel told reporters on Wednesday.

“We are embarking on a new path for postal services in Israel. This will be a historic reform. The realities of mail delivery are changing and we are pursuing a major change that will provide Israelis with quality, efficient postal services. It’s time for the Israel Post to change,” he said.