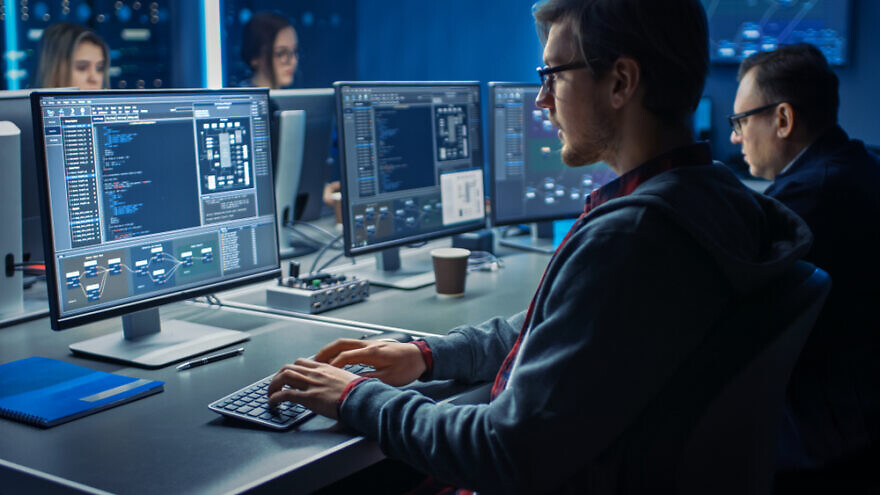 An illustration of an IT professional. Credit: Gorodenkoff/Shutterstock.
Spread the word.
Help JNS grow!
Share now:

(November 11, 2021 / JNS) The Israeli Cyber Unit, part of the State Prosecution Office, led the removal of a website belonging to the Black Shadow Iranian-affiliated hacking website after it targeted a number of Israeli websites, Walla reported on Thursday.

“The removal of the site means a significant reduction to expose personal materials publicized by Black Shadow, a hacking group affiliated with Iran that has operated against Israeli sites in the past two years,” said the report.

One of the recent targets of Black Shadow was the LGBTQ dating site Atraf, which has been subject to a ransom demand, with attackers leaking names of users from the application. In the past, the group also attacked Israeli insurance company Shirbit.

The site that was removed from the Internet offered leaked databases stolen from Atraf, according to the report, as well as other databases that were taken from the CyberServe company, which built Atraf’s website.

The State Prosecution’s Office said that it had sent legal messages to companies whose servers hosted the site, leading to its removal.