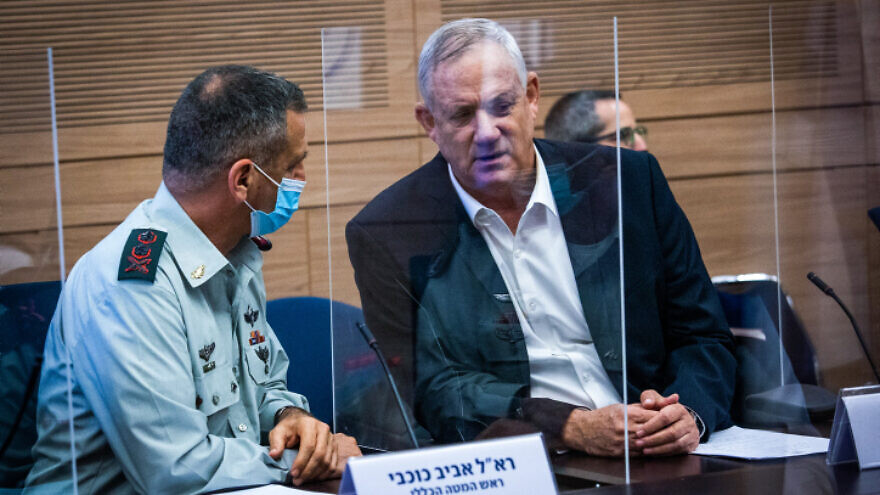 (June 16, 2022 / JNS) Israeli Defense Minister Benny Gantz has begun a series of meetings with the three candidates for the position of twenty-third chief of staff of the Israel Defense Forces, according to a statement from Gantz’s office.

He will also meet with former senior members of the defense establishment for additional consultations, according to the statement.

According to a report by Israel Hayom on Tuesday, Kochavi opposed Gantz’s decision to move forward with the selection process for a new chief of staff due to concerns regarding the government’s stability.

Kochavi is also said to be concerned about the possibility of becoming a “lame duck,” as once his successor is known the military may begin to align itself with his wishes, even before he takes office, according to the report.