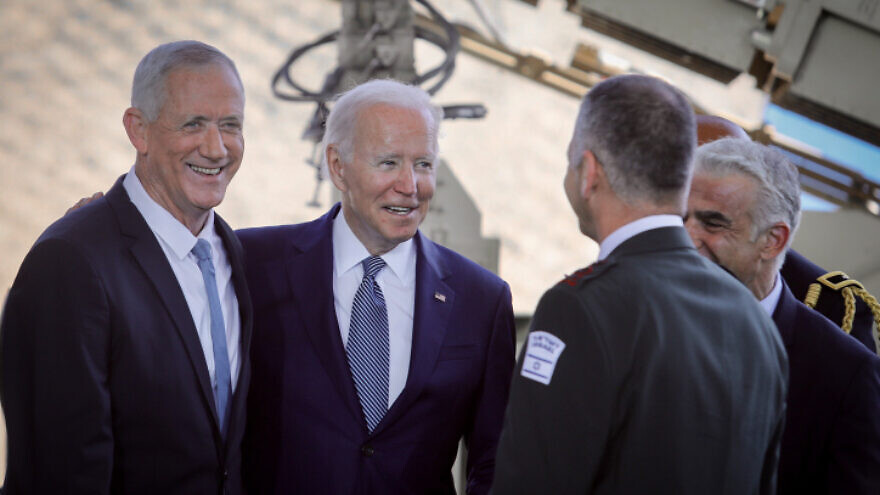 Israeli NGO Regavim on Thursday criticized as “insane” the Israeli government’s “goodwill gestures” to the Palestinian Authority in honor of U.S. President Joe Biden’s state visit.
Ahead of Biden’s arrival, the Israeli government announced the approval of six master plans for Palestinian settlements in Judea and Samaria.
The plans include approval of hundreds of existing illegal structures, alongside territorial expansion of Arab settlements comprising thousands of dunams, according to the NGO, which according to its website is ” dedicated to the protection of Israel’s national lands and resources.”
“This is a catastrophe that must be averted—immediately,” said Regavim director Meir Deutsch. 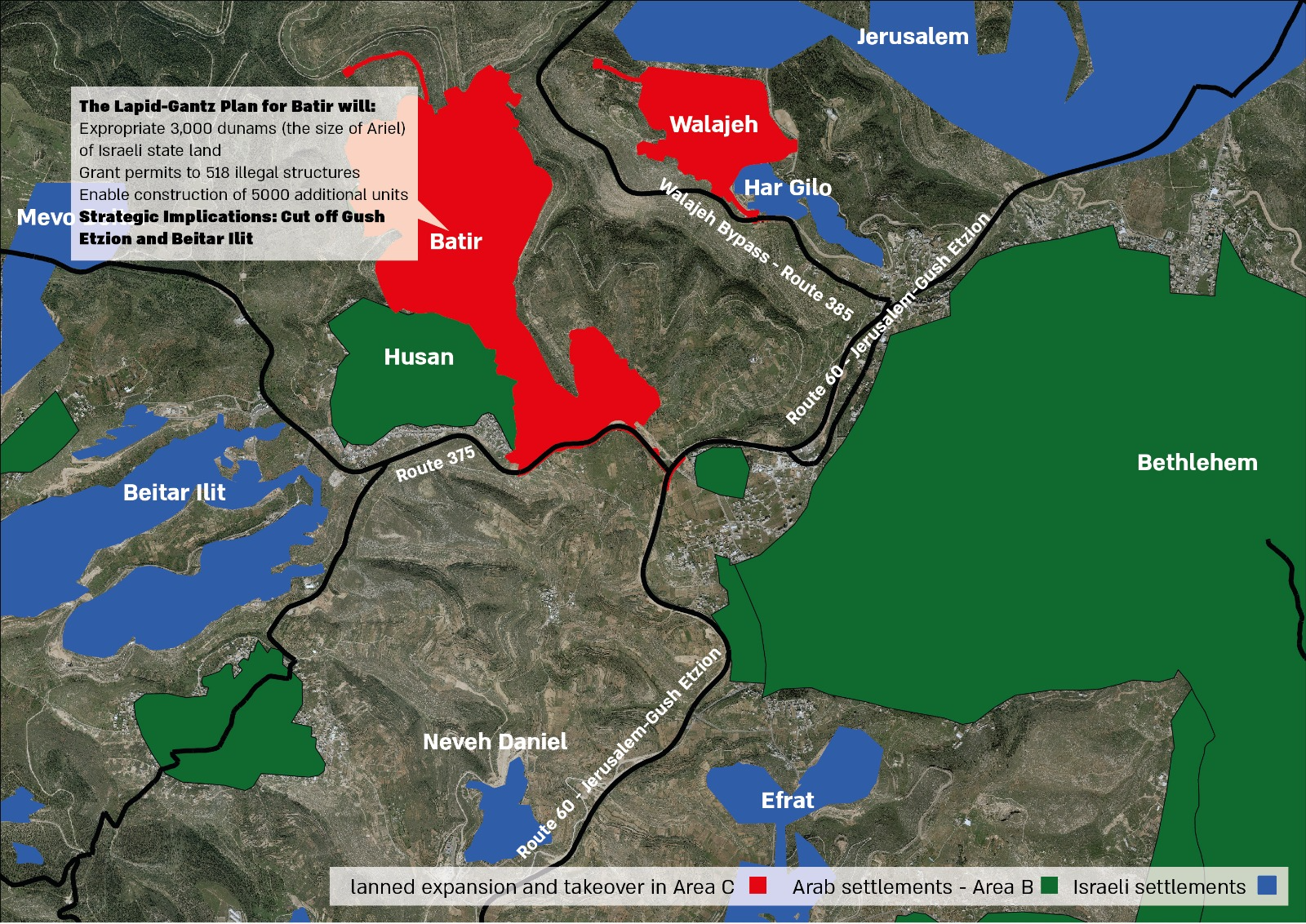 Image credit: Regavim
The Arab village of Batir, located between Jerusalem’s Gilo neighborhood and Gush Etzion, will be granted a permit for no less than 518 illegal structures, as well as expansion of the village by some 3,000 dunams (740 acres), which is an area comparable in size to the city of Ariel, according to Regavim.
“The plan will effectively cut off Gush Etzion from Jerusalem and severely compromise the security of the Gush Etzion-Jerusalem Tunnel Road,” the organization said in a statement.
Another plan, in the eastern Gush Etzion region, involves approval of the expansion of Kisan by 615 dunams (152 acres), which according to the NGO will “severely” limit access for Jewish communities in the area, as well as any possibility for future growth. Similar plans for the village of Pakiks will cut off the Jewish community of Negohot in the South Hebron Hills area, the statement continued.
Municipal master plans approved for the Benjamin and Samaria regions include one that “jeopardizes the very heart of Samaria,” near Highway 5 between Ariel and Revava, according to Regavim. Another plan involves the expansion by hundreds of dunams of Hizme, adjacent to Jerusalem’s Pisgat Ze’ev neighborhood.

“Saar, Shaked, Kahana, Elkin, Hendel, Orbach—you were elected on right-wing votes because you promised to protect the Jewish settlement enterprise. You handed Yair Lapid his seat in the Prime Minister’s Office, and you are the reason Benny Gantz is minister of defense. It is your responsibility to block this insane plan to whitewash thousands of illegal structures that will cut off Jewish settlement blocs from Jerusalem and give permanence to the criminal Palestinian takeover of Area C.”