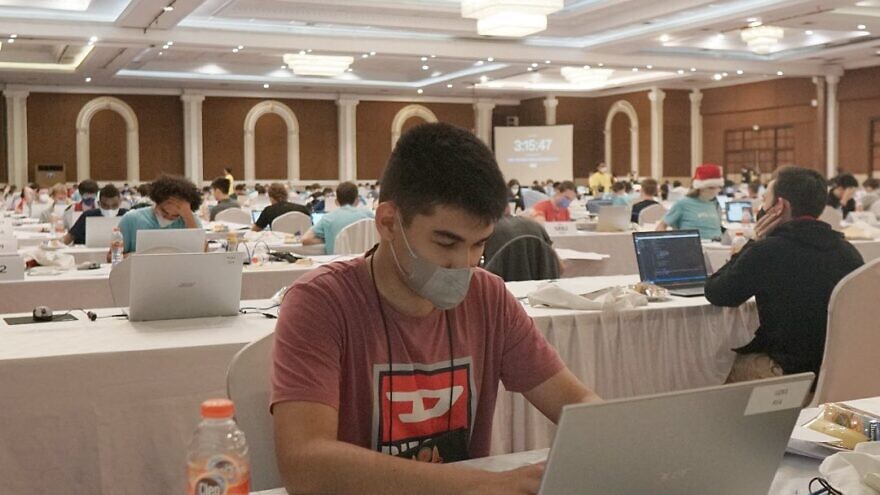 Eitan Elbaum, 17, was one of four Israelis participating in this year’s International Olympiad in Informatics (IOI), held in Yogyakarta, Indonesia last month. A total of 346 students from 90 countries took part.

“I never thought that I would reach the level to be a member of the delegation and represent Israel, and I certainly did not imagine that I would be able to bring back a medal together with my friends in such an excellent delegation,” Elbaum said.

“I learned that if you invest, work hard and believe, the impossible does not exist. As Eyal Yifrah said, ‘If we want to succeed as much as we want to breathe, any summit is possible,’” he added, referring to one of the three Israeli teenagers kidnapped and murdered by Hamas terrorists ahead of the IDF’s “Operation Protective Edge” in 2014.

Each day of the Olympiad, participants were presented with three questions that they were to solve in under five hours using their skills of problem analysis, design of algorithms and data structures, programming and testing.

Elbaum has participated in computer science competitions since seventh grade and the Olympiad was the fourth time he has represented Israel internationally. Since Israel and Indonesia have no diplomatic relations, the Israeli team participated via Zoom while other high school students competed in person.

“I’m so proud to represent Israel, especially considering the host country doesn’t recognize its existence,” said Elbaum. “While it would have been nice to be there in person since that’s a big part of the experience, competing on Zoom actually helped us focus on the questions at hand and I think ultimately helped our performance.”

Torah U’Mada Yeshiva High School combines Torah study with a high school education for grades 7-13. Graduates receive an academic degree in science and technology from the Jerusalem College of Technology.