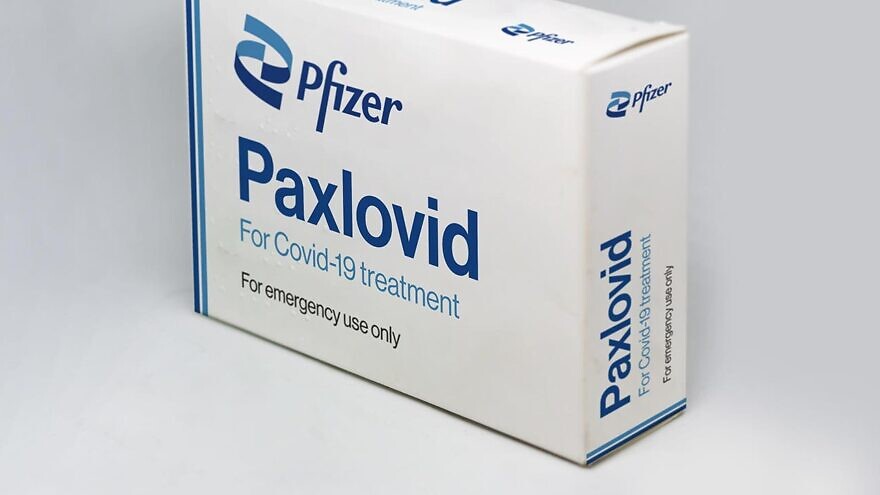 (January 17, 2022 / JNS) The vast majority (92 percent) of patients treated with Pfizer’s Paxlovid pill by Maccabi Health Services showed improvement within three days, according to a report shared Monday by the health fund. Some 60 percent said that they felt relief within one day.

No patients who took Paxlovid were hospitalized during or after treatment.

So far, Maccabi said that it has treated 850 people with the antiviral medication, meant to be administered within three to five days of symptom onset and found to stop the development of severe disease and hospitalization in nearly 90 percent of patients, according to Pfizer studies.

Twenty-five percent of those offered Paxlovid said that they did not want to take it.

Some 88 percent of those who were administered the drug by the health fund reported taking the drug according to instructions.

The most common side effect experienced by those who took Paxlovid was a bitter, metallic taste in their mouth (33 percent). Others experienced diarrhea (18 percent), loss of taste or smell (11 percent), muscle aches (7 percent) or headaches (4 percent).

The patients said that the drug led to a decrease in fever, headaches and coughs that they were experiencing from the virus.

Israel was among the first to order the Food and Drug Administration-approved drug from Pfizer. The country’s first shipment arrived at the end of last month.

Israel is also treating some patients with Merck’s Molnupiravir, which arrived in January.

Both drugs are used nearly immediately after diagnosis and symptom onset and are meant to keep people out of the hospital and prevent COVID-19 death.