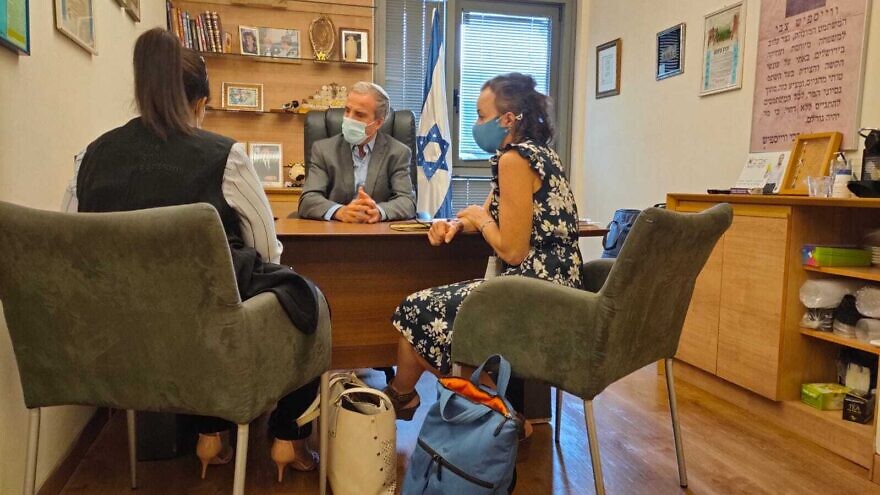 (July 20, 2021 / JNS) Israeli Intelligence Minister Elazar Stern met Liz Kanter, director of government relations and public policy at TikTok, in Jerusalem on Monday to discuss best practices about how to prevent the spread of anti-Semitic content on the media giant’s platform.

“Anti-Semitism is one of society’s greatest ills, and we see the massive growth of this hatred particularly on social media,” said Stern. “We also know and have seen that what starts online eventually finds its way offline onto the streets.”

As such, he said, “it is vital that the social-media companies work closely with the State of Israel to combat anti-Semitism online.”

During the meeting, Kanter shared with Stern the work TikTok is doing to combat hate, including the removal of 62 million videos that violated the platform’s community policy during the first quarter of 2021. This totaled around 1 percent of all videos uploaded during the period in question.

Kanter further told Stern that Tiktok will continue to improve and develop tools to prevent content that spreads hatred and anti-Semitism.