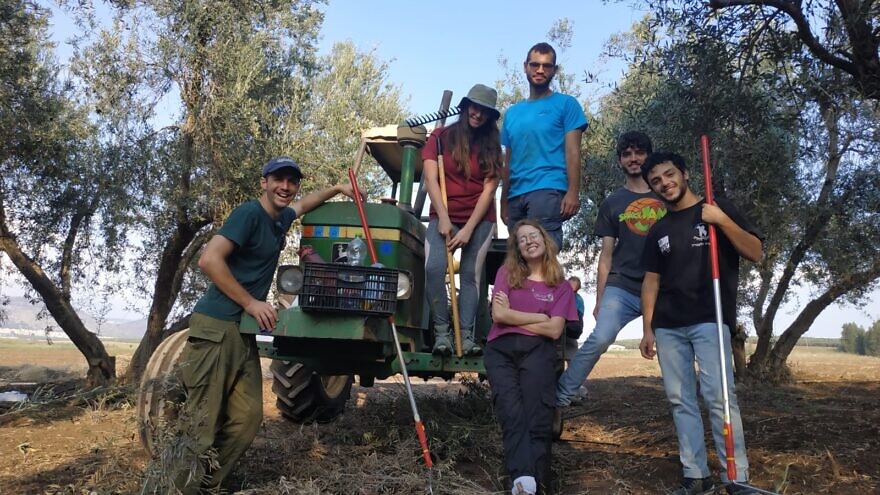 (June 28, 2021 / JNS) Sapir Cohen, 18, grew up in an Orthodox Jewish home in Jerusalem and is just a few months away from joining an Israel Defense Forces’ combat unit. Instead of going straight into the army after high school though, Cohen decided to spend a year in a pre-military leadership academy known as a mechina, which is a common option with more than 3,300 Israeli students attending mechinot each year.

Various types of mechinot throughout the country cater to different populations, which offer an educational curriculum, volunteer opportunities and other programming to prepare young adults for their IDF service.

Cohen chose to attend “Mechina Hannaton,” whose student body includes post-high-schoolers from diverse backgrounds throughout Israeli society—religious, secular and everyone in between. The academy also takes great pride in being the first mechina in Israel to integrate students with physical disabilities.

It is the flagship program of the Hannaton Educational Center in Kibbutz Hannaton in northern Israel’s Lower Galilee. The center’s mission per its website is “to create an Israeli society that welcomes diversity, both political and religious, and embraces people regardless of beliefs, background, gender or sexual preference.”

The center also features an “Institute for Jewish Leadership,” providing programming for rabbis, rabbinical students and young Jewish leaders from around the world, as well as a leadership training program in conjunction with the NOAM Masorti (conservative) youth movement, among other programs.

Just a few days before the end of her time at Hannaton, Cohen told JNS that the mechina gave her “a lot of tools for the army and for life.”

“What’s special is that I got to meet a lot of new people—a real mix from different and diverse backgrounds. I learned so much this year from the people themselves,” she said. 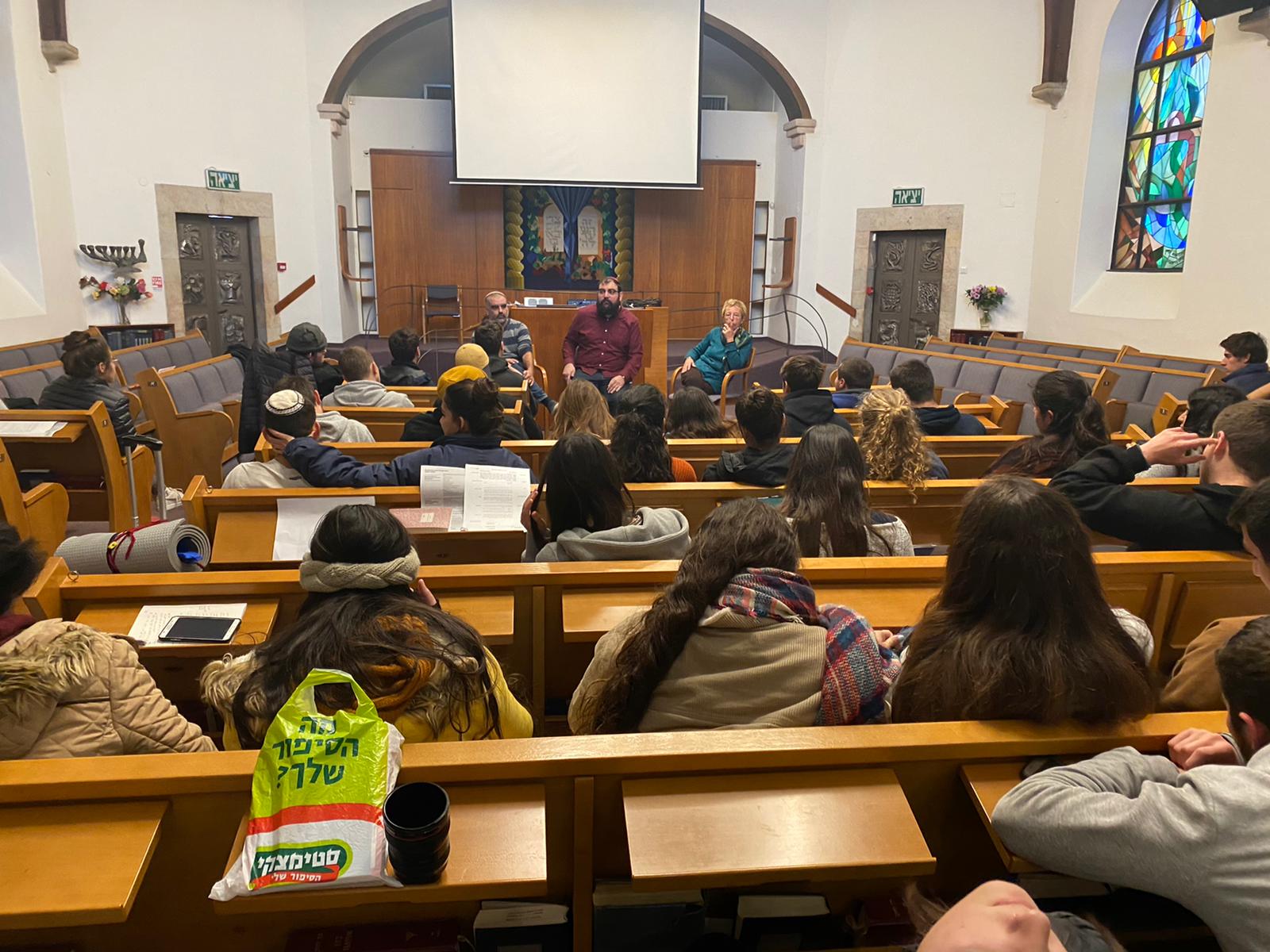 “In Israel, we have a variety of Orthodox institutions, and secular ones, and what we are trying to bring to the forefront is a deep pluralistic egalitarian approach,” said Rabbi Yoav Ende, CEO of Hannaton and one of the founders of the institution. Photo by Omri Salner

‘Where conflicts meet and resolve themselves’

Rabbi Yoav Ende, CEO of Hannaton and one of the founders of the institution, arrived on the kibbutz in 2009 with his family to help revive what was a nearly defunct community.

A Masorti rabbi, he told JNS that at Hannaton, “we deal with identity-building—who we are in a Jewish democratic state. That’s our platform. Our biggest challenge is to learn who we are.”

“In Israel, we have a variety of Orthodox institutions, and secular ones, and what we are trying to bring to the forefront is a deep pluralistic egalitarian approach,” he explained. “I felt that there was a great need for this place.”

Nimrod Weisal, Hannaton’s partnership director, told JNS, “We accept everyone here—whatever degree of religiosity or denomination you belong to—and try to give a different angle of what Judaism can be and should be, and how that kind of a more open Judaism can be embodied by future leaders we hope to be growing here.”

He said one of the key factors in helping to shape the lives of young Jewish leaders at Hannaton is the fact that the institution is nestled in the Galilee.

“The Galilee itself is almost a literal crossroads between the Israeli countryside with Jewish kibbutzim and Arab villages, and major urban environments. It’s the place where Jewish history was made after the destruction of the Second Temple. It’s where the Bible and the Jewish tradition as we know them solidified,” he said.

Weisal added that “this place [Hannaton] tries to pay homage and continue that legacy via a connection to the land and through the fabric of life of modern Israel that is exemplified here. It’s where conflicts meet and resolve themselves. It’s where Israel moves forward.”

Ende noted that another key component of Hannaton, especially because of its location, is a focus on coexistence with Arab neighbors in surrounding communities.

He said “the fact that we are situated in the Galilee, we take this very seriously. We are trying to create a ‘picture’ of a shared future through the development of Arab-Jewish relationships.”

He explained that around 10 years ago, he decided that the volunteer work done by mechina students would involve improving the lives of the youth in the surrounding Arab villages. At first, some of the leaders in the Arab communities didn’t understand Ende’s vision of pre-army Jewish Israelis wanting to volunteer with their Arab neighbors. Some thought that he was delusional. But eventually, Ende found the right leaders who welcomed the initiative.

The academy also takes great pride in being the first mechina in Israel to integrate students with physical disabilities. Photo by Omri Salner.

“I found some leaders with open minds. So twice a week for 10 years, our students were volunteering in the high schools there [nearby Arab villages], leading after-school programs including teaching Hebrew, soccer, drama and more,” continued the rabbi. “Relationships were formed since we came back every year. We believe it’s our mission to create a shared picture we can agree upon.”

‘The conversation was a lot more real’

However, with the IDF’s “Operation Guardians of the Walls” last month in response to thousands of rockets fired on Israeli cities from Hamas in Gaza, along with violent riots by Israeli Arabs in areas throughout the country, things have changed.

“What happened was a big breaking point,” said Ende. “In a sense, something very serious occurred, and it isn’t something that you can just say, ‘Let’s go back’ ” to the way things were before.

Ende said that while he believes that most of his Arab neighbors were against the violence, it was a scary time. “We had violence all around us; we couldn’t drive at night. This was a level that we had never seen before. It was depressing. It really saddened us to see where we are.”

After the violence ended, “we started straight away, but with caution, having discussions and restarting the dialogue,” he said. “We know we have to continue and strengthen the moderate voices, and make them passionate and loud moderate voices. There is no other option.” 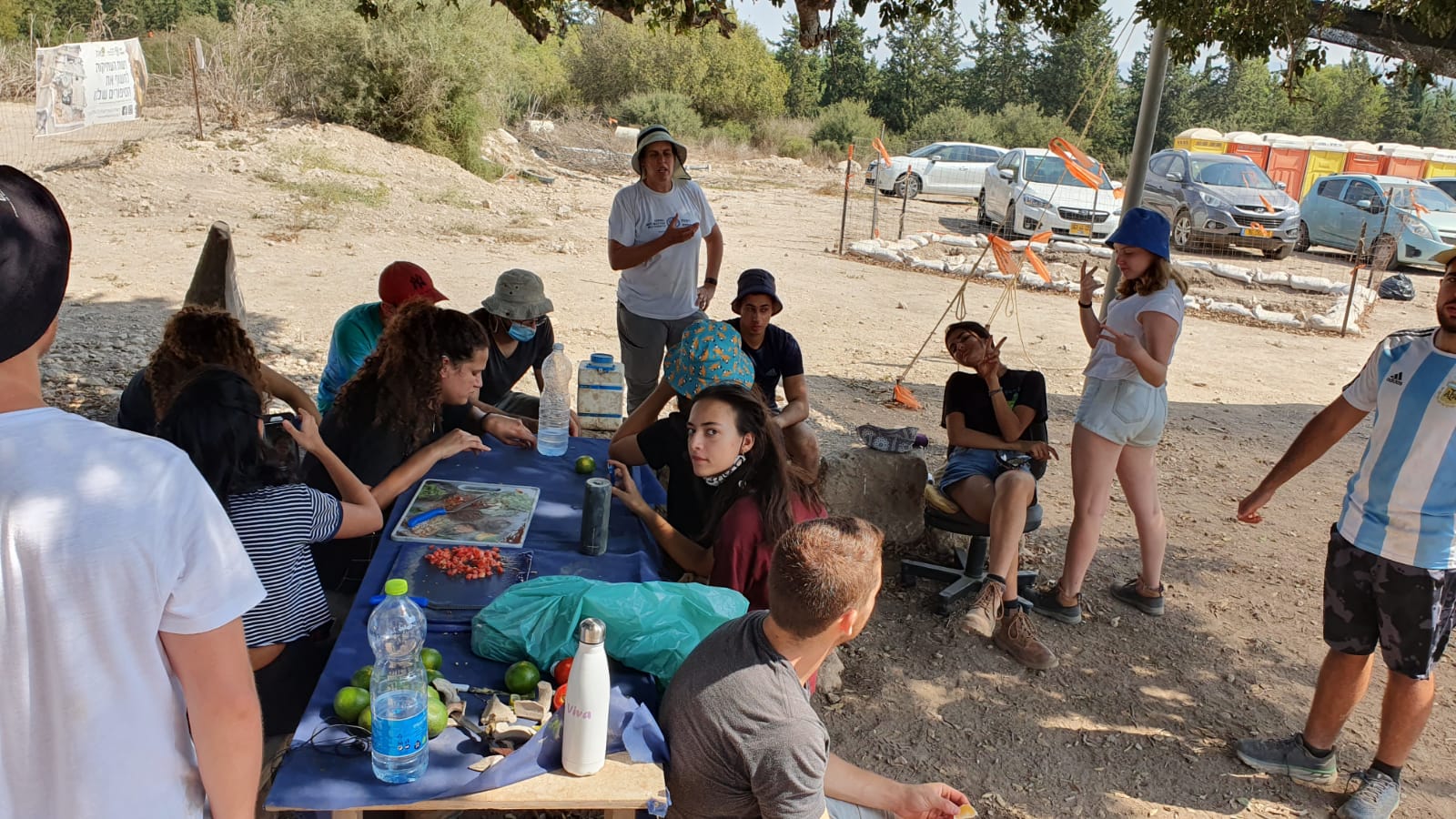 Another key component of Hannaton, especially because of its location, is a focus on coexistence with Arab neighbors in surrounding communities. Photo by Omri Salner.

In fact, another program that allowed Hannaton students throughout the year to meet with Arab students in a similar educational framework to strengthen ties continued after the violence subsided.

Cohen said that when they met their Arab counterparts following the violence, “the conversation was a lot more real.”

She added, “It was very educational to see the differences about the types of things we were talking about before the conflict and after. Before, it was more politically correct. But now, for better or worse, we talked about the political situation, and I got to understand what they felt about the government and their perspective about what’s going on in the country.”

Ende said he felt optimistic that things can improve to restore those relationships with his neighbors, but he feels it has to start at home.

“We have to strengthen our Jewish and Israeli identity as humans. That’s how we build bridges,” insisted the rabbi. “If you know who you are and understand your heritage, you can open up. That’s where we want to be—strengthening our humanistic and Jewish values.”