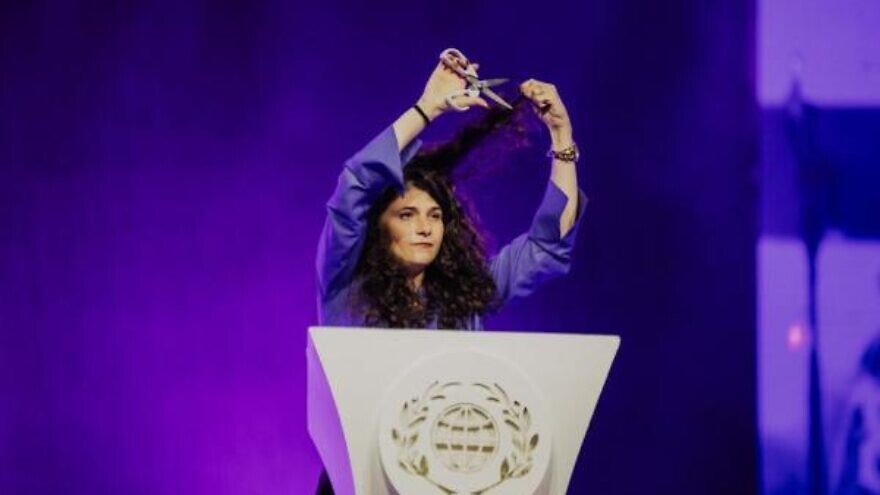 (October 12, 2022 / JNS) Israeli lawmaker Sharren Haskel on Tuesday night called on Christian parliamentarians from around the world to demand their governments sanction Iran, in a dramatic address that culminated with her cutting her hair in a show of solidarity with Iranian women.

“Demand that your governments and elected officials stand by the Iranian people at this time, support their protests and help them attain the freedom which they deserve,” Haskel said. “Demand that your countries impose sanctions on the leaders of Iran, the dictators who are leading us to a regional war and who murder and abuse their citizens. 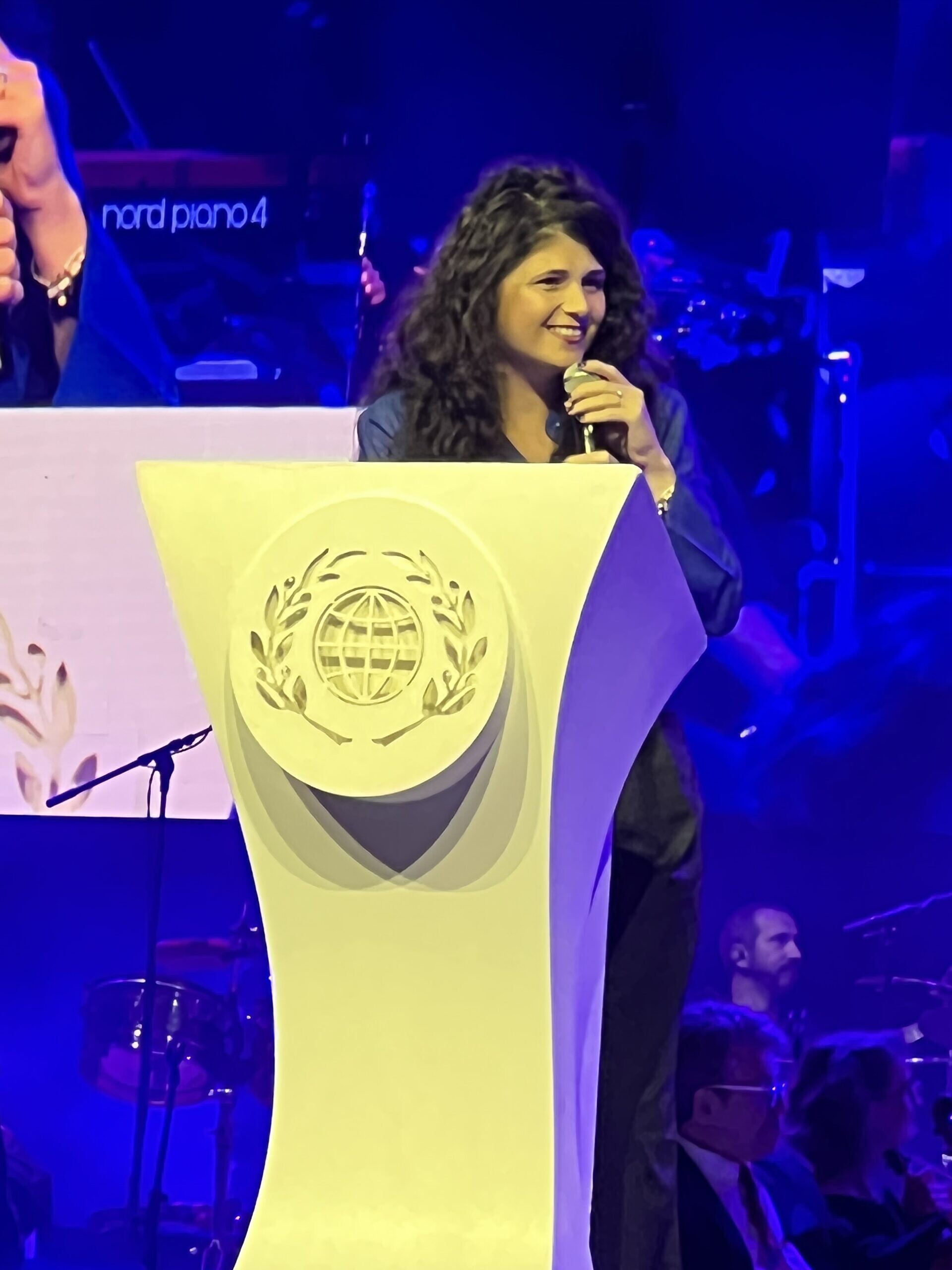 “How long will it take for the world to step in and truly make a difference?” she asked. “The answer depends on some of the people in the room here today.… We must channel our Judeo-Christian values of justice, morality and righteousness into a global voice of life and freedom for all.”

Haskel then joined the Iranian women demonstrating against state-sanctioned violence following the death of Jina Mahsa Amini, who was arrested by Tehran’s “modesty police” for violating hijab laws and later died in custody.

“May next year we have [at this event] … women representatives from Iran as well,” she concluded.

The chair of the Knesset Christian Allies Caucus, Haskel was addressing a room of some 2,000 Christian supporters of Israel, who convened at the Pais Arena in Jerusalem for the International Christian Embassy in Jerusalem’s (IECJ) annual Feast of Tabernacles celebration.

The event was last held in person in 2019, before the COVID-19 pandemic, when nearly 6,000 pilgrims attended. Although fewer in total number this year, the participants included representatives from about 80 countries, influencers of millions of people across the globe.

For her part, Haskel used the occasion to also call for Jewish and Christian prayer on the Temple Mount. She stressed that Israel is the only country in the region that protects its Christian minority, pushing back against Jordanian King Abdullah’s recent claim at the United Nations that “Christianity in the holy city [of Jerusalem] is under fire.”

Haskel noted that while “the most persecuted minority in the Middle East are Christians, in Israel you are protected and cherished citizens.”

To which Haskel received a hearty ”hallelujah” from the audience, members of which waved the flags of their nations.

The Feast commenced Sunday in the Galilee, where for the first time participants took part in two evening concerts in Capernaum National Park, where Jesus is believed to have lived and preached. The pilgrims then traveled to Jerusalem for five additional days of events, including Tuesday’s colorful “Roll Call of the Nations” in Pais Arena. 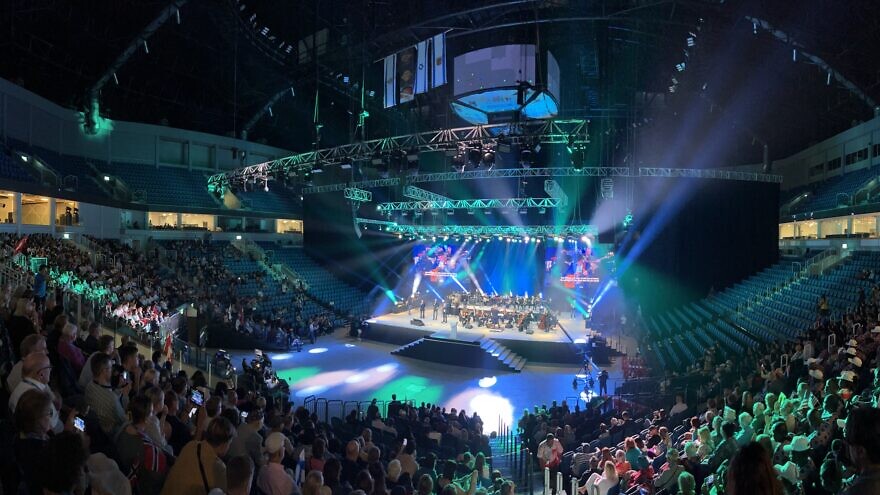 The Feast of Tabernacles on October 11, 2022. (Credit: Maayan Hoffman)

On Thursday, they will be joined by other Christian visitors for the Jerusalem March through the streets of Israel’s capital city. For the first time, Jerusalem’s mayor, currently Moshe Lion, is expected to kick off the march alongside ICEJ President Dr. Jürgen Buhler.

On the final day, participants will head to the western Negev for a solidarity rally and tree-planting ceremony alongside Israelis who live near the border with the Hamas-ruled Gaza Strip.

The Feast constitutes the greatest influx of Christian tourists into the country since Israel shuttered its skies in 2020 due to the onset of the coronavirus pandemic, although hundreds of seats remained vacant on Tuesday in Pais Arena.

“The people who are still a little concerned and careful to come are the traditional supporters from Western Europe and North America,” ICEJ President Buhler told JNS. Instead, “we see an amazing surge from the Global South, unprecedented numbers from Africa, Latin America and Asia. You can really see the Global South is awakening regarding Israel.”

Buhler said that while Christianity is strengthening in these countries, a “battle for Christian values” is taking place in the West.

Approximately 90 delegates from South Africa are attending the Feast, including former chief justice of South Africa Mogoeng Mogoeng, who was recently ordered by his country’s Judiciary Conduct Committee to apologize for publicly supporting Israel during a Zoom interview with an Israeli newspaper two years ago. 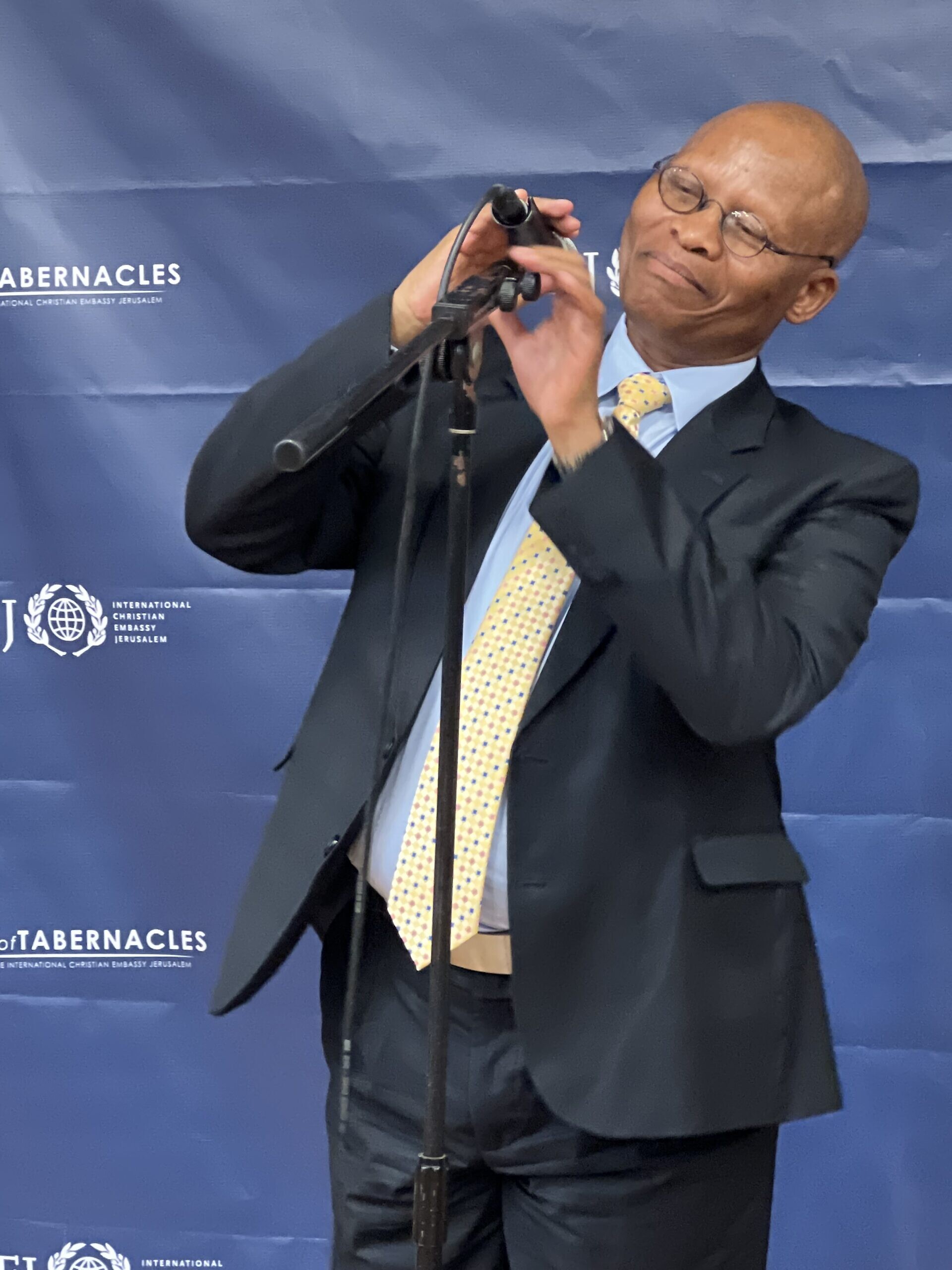 Speaking at an intimate reception on Tuesday night, Mogoeng attributed to his Christian faith his refusal to walk back his statement that South Africa has deprived itself of “a wonderful opportunity of being a game-changer in the Israeli-Palestinian situation.”

“Love is about obeying the commands of God,” Mogoeng said. “In Genesis 12, verses 1-4, it is clear regarding the attitude that committed children of God should have toward Israel and the descendants of Abraham. Unless I no longer wanted to be a Christian, there was no way in which I could bow down to this pressure” to retract the comments.

Mogoeng and his wife are on their first-ever pilgrimage to Israel. On Wednesday, he will receive the ICEJ’s Nehemiah Award in recognition of his “strong stand for Israel and the Jewish people on biblical grounds,” according to the organization.

Mogoeng was joined Tuesday night at the Feast by other notables such as Andrew Brunson, the American pastor who was held for two years in a Turkish prison on false charges of terrorism, and two Iranian-born singers who performed Christian songs in Persian and Hebrew.

Buhler said that he hoped the upcoming visit to Gaza border communities would provide perspective and encouragement to Feast participants from Europe, in particular, where a war is raging in Ukraine and inflation is skyrocketing. 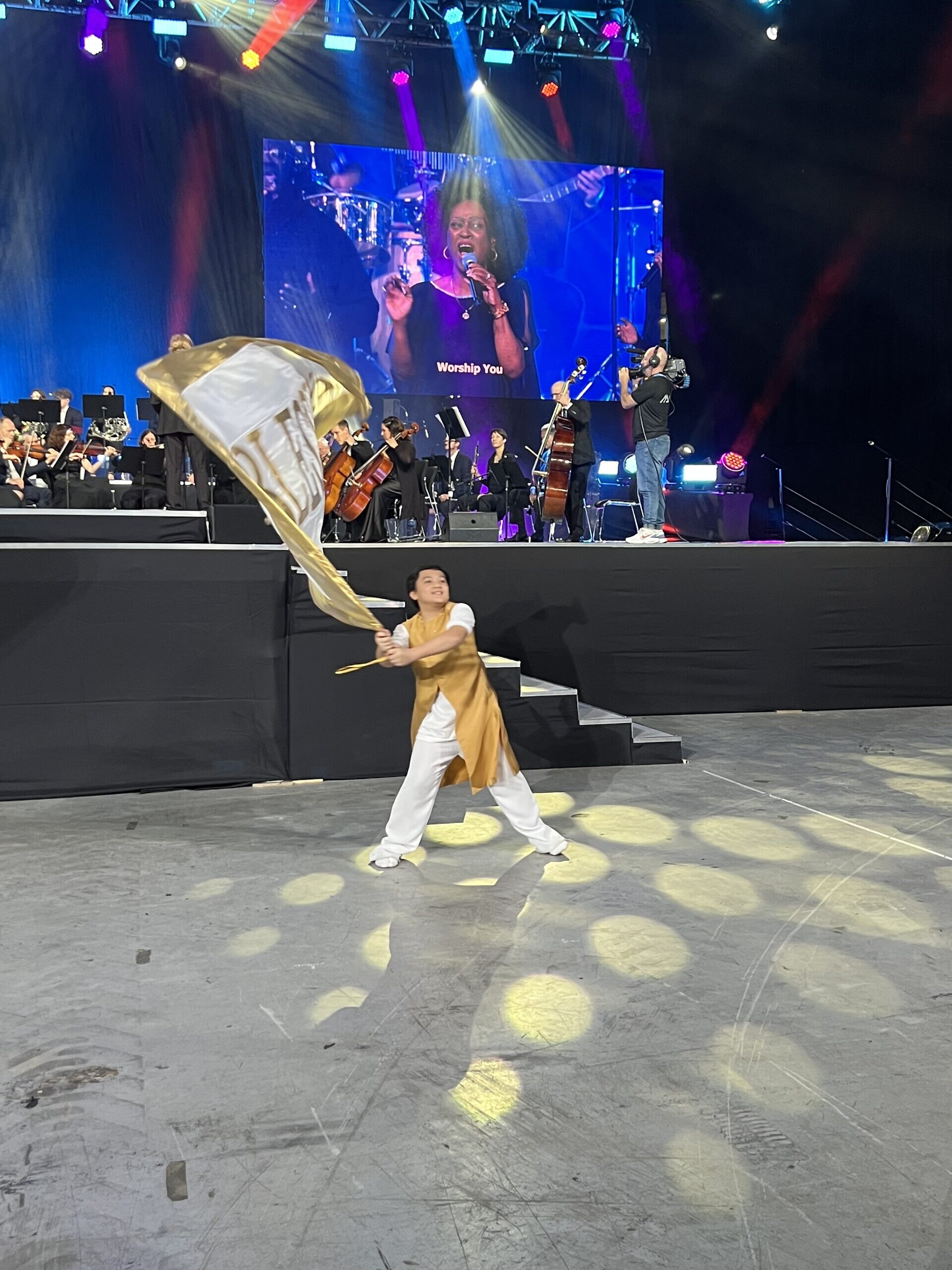 He said that on a tour of these Israeli towns and villages a few weeks ago, “I saw the resilience and entrepreneurial spirit they have. They are not afraid of the rockets, and they want to turn their communities into the best in Israel. And their numbers are growing…. We especially want our Christian pilgrims to witness the incredible positive spirit emanating from these Israeli communities despite all they face.

“There is a crisis in Europe and really all over the world,” Buhler continued. “Don’t let these crises rail you down. Look at what the people of the border communities are doing and take that message back to your country.”