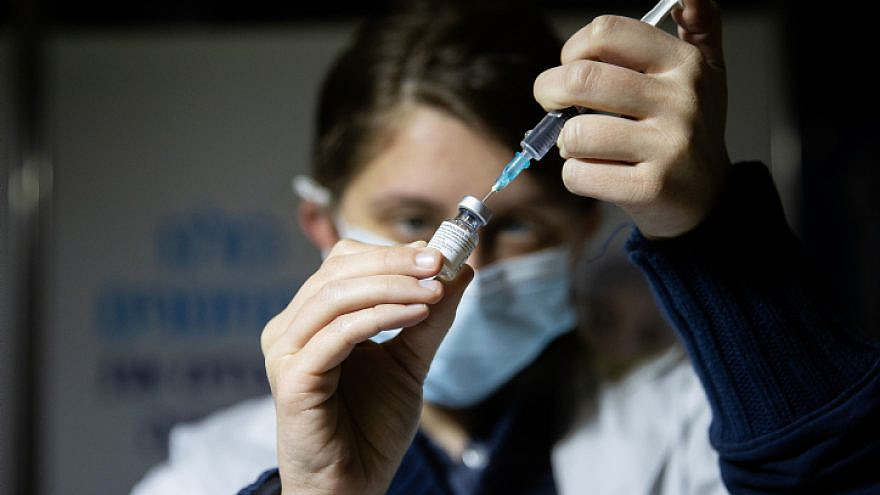 (March 12, 2021 / JNS) The Israeli Ministry of Health, Pfizer and BioNTech said on Thursday that data from Israel’s national vaccination campaign demonstrates that their vaccine is 94 percent effective in preventing asymptomatic infections.

They also said that Israeli data shows that vaccinations prevented symptomatic disease, severe cases and death with 97 percent effectiveness, according to a statement released by the companies and the Health Ministry.

More than 5 million Israelis, or about 55 percent of its population of 9 million people, have received the first shot of the vaccine, and nearly 4 four million, or 43 percent, have gotten the second shot.

The analysis was derived from data collected by Israel’s Health Ministry from Jan. 17 until March 6.

“Israel’s strong health system and an unprecedented societal mobilization and awareness allowed us to achieve high national uptake of the COVID-19 vaccine in a short period of time. Thanks to our comprehensive public-health surveillance program, we have been able to document the remarkable success of the nationwide vaccination campaign with the COVID-19 vaccine,” said Professor Yeheskel Levy, director of Israel’s Ministry of Health.