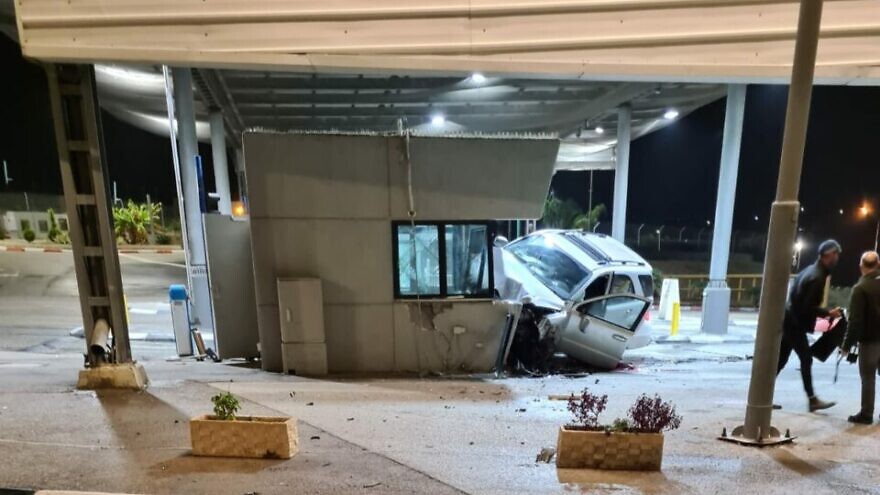 (December 6, 2021 / Israel Hayom) An Israeli security guard was moderately wounded early on Monday morning in a terrorist attack at a checkpoint near Tulkarm in Judea and Samaria, according to Israeli security officials.

The terrorist—identified by Palestinian media as Muhammad Nidal Younis and by Israel’s Defense Ministry as a 16-year-old resident of Nablus—rammed his vehicle into a car at the Te’enim checkpoint, hitting the guard in the process. He was shot by another guard at the scene and later died of his wounds at the Meir Medical Center in Kfar Saba, according to Israeli media reports.

According to Magen David Adom paramedics, the guard, 34, was evacuated to Tel Hashomer Medical Center near Tel Aviv in serious but stable condition, conscious, with head and chest wounds. His condition was later upgraded to moderate, according to Kan news.

Israeli Defense Ministry Director-General Amir Eshel praised the guards’ response to what he called a “terrible attack,” and wished the victim a speedy recovery.

“The guards at the crossing acted quickly, just as we train them, sought to engage … and ended the event within seconds,” he said. He added that further steps to improve the protection for guards at the checkpoint were being investigated.

Monday’s attack comes a little more than a day after Avraham Elmaleh, a 20-year-old ultra-Orthodox Israeli man, suffered serious wounds in a stabbing attack near Damascus Gate in Jerusalem. The terrorist, identified by police as a resident of Salfit in Judea and Samaria in his 20s, then attacked Border Police officers responding to the incident, who opened fire, killing him. 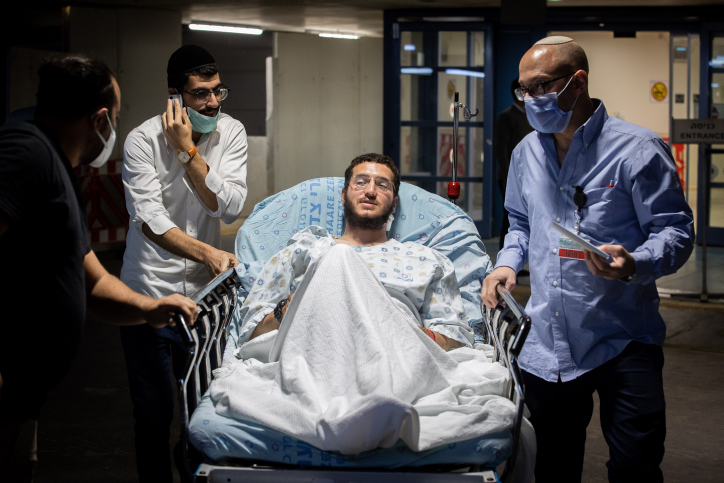 Avraham Elmaleh, who was wounded in a terrorist attack earlier in the day, prepares to give a statement to the media outside the emergency room at the Shaare Zedek Medical Center in Jerusalem on Dec. 4, 2021. Photo by Yonatan Sindel/Flash90.

“We are in the midst of a [terror] wave,” said Knesset member Ram Ben-Barak on Monday morning, according to Kan news.

Ben-Barak, chairman of the Knesset Foreign Affairs and Defense Committee and a former deputy director of the Mossad intelligence agency, told Reshet Bet radio in an interview that this wave of attacks could still be brought under control, according to Kan.

“Tens of terrorist attacks are prevented every year,” he said.