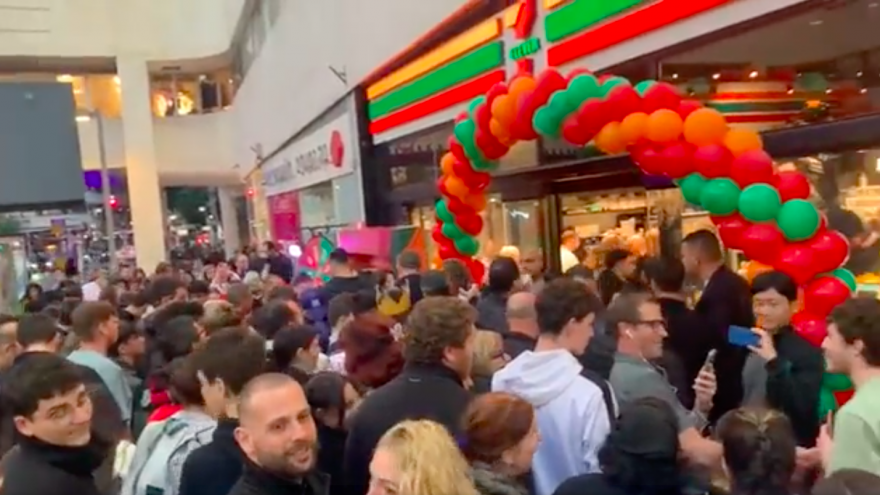 (January 13, 2023 / JNS) Following its announcement of a 20-year franchise agreement, the U.S.-based convenience store chain 7-Eleven opened its first Israeli location in Tel Aviv on Wednesday. The flagship store is located at the Dizengoff Center and will be open for 24 hours on Wednesdays and Thursdays.

7-Eleven is the world’s largest chain of convenience stores. Founded in 1927 in Dallas, it is now headquartered in Tokyo. According to 2020 statistics, the convenience store chain operates, franchises and licenses more than 71,100 stores worldwide with some 20,000 stores in Japan alone.

Israel will be the latest country to host a 7-Eleven and this will be the first location in the Middle East.

The opening turned out to be quite a hit, as throngs of Israelis flocked to taste Slurpees and shopped for items at the iconic chain. While all the products are kosher, the heated food is not. The Tel Aviv store itself does not have a kosher license, because it will operate on Shabbat. However, this does not preclude other locations in more observant areas of Israel from being closed on that day.

“We aim to open as much as possible without harming customers’ feelings,” Israel’s 7-Eleven CEO Avinoam Ben-Mocha told reporters. “There will inevitably be kosher branches in places where appropriate.”

Appliance maker Electra Consumer Products plans to open another eight stores within the first half of 2023, mostly in Tel Aviv. A total of 30 stores are set to be open throughout Israel by the end of the year, with hundreds more expected in the next few years.