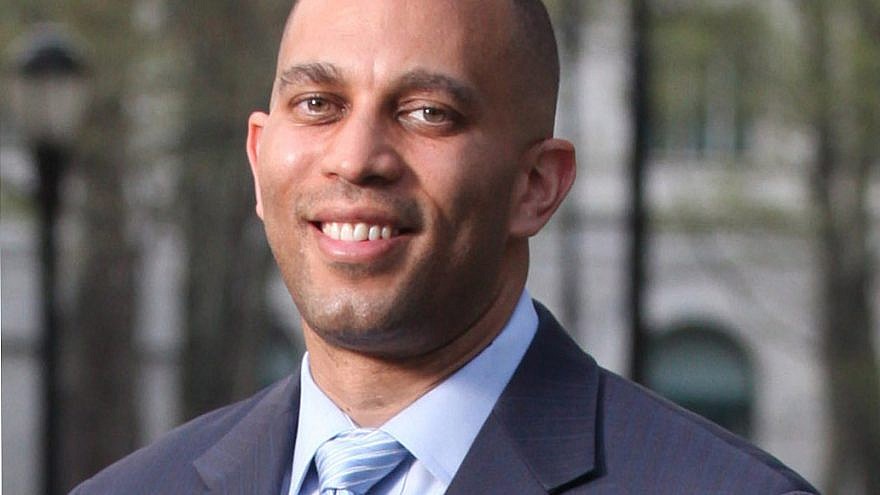 (November 30, 2022 / JNS) Democrats on Wednesday selected Rep. Hakeem Jeffries (D-N.Y.) as the next minority leader in the House of Representatives, succeeding outgoing House Speaker Nancy Pelosi (D-Calif.) amid the transition to a Republican majority in the House.

Jeffries will be the first Black lawmaker to lead a party in either chamber of Congress.

“It’s a historic day,” Democratic Majority for Israel President and CEO Mark Mellman said in a statement, calling Jeffries “a strong and effective fighter for the Democratic agenda and a staunch supporter of the critical relationship between the United States and Israel.

“A frequent traveler to Israel, Leader Jeffries has often remarked that Israel ‘lives in a tough neighborhood,’ ” Mellman continued. “He has worked tirelessly to make sure that, in this tough neighborhood, Israel has the tools to defend itself, by itself.”

Yet in January 2019, Jeffries was among the Democratic leaders in the House to defend Reps. Rashida Tlaib (D-Mich.) and Ilhan Omar (D-Minn.) as they faced scrutiny over their antisemitic and anti-Israel rhetoric.

“I’ve found those two new freshmen members to be thoughtful colleagues on a wide variety of issues,” Jeffries, the House Democratic Caucus chairman, said at the time.