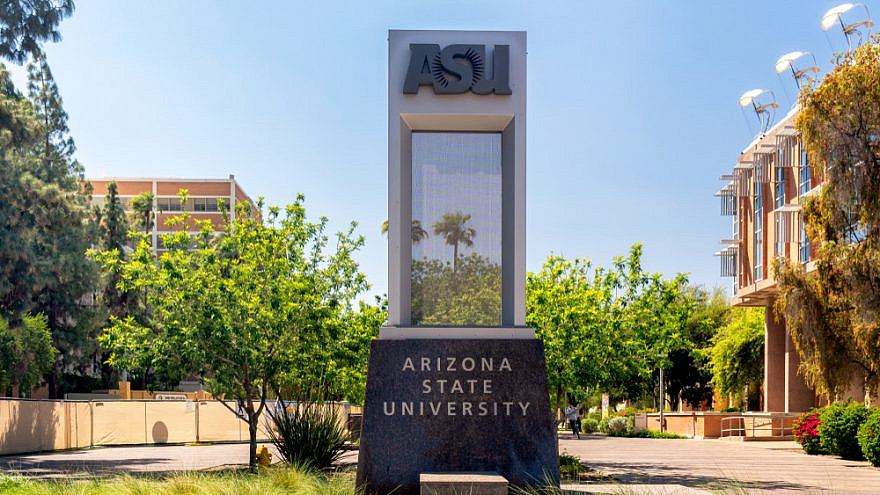 (April 7, 2022 / JNS) Jewish groups both on and off-campus are asking Arizona State University to step in and intervene after a known anti-Semite and anti-Israel speaker was given nearly $10,000 to speak next week at the university.

The planned speech by Mohammed El-Kurd, author of the book Rifqa, is being sponsored by Students for Justice in Palestine and the Palestinian Cultural Coalition, and funded by the Undergraduate Student Government-Tempe.

According to the Anti-Defamation League, in his book, El-Kurd wrote that “they [Israelis] harvest organs of the martyred [Palestinians], feed their warriors our own.”

Last May during Israel’s 11-day conflict with Hamas in the Gaza Strip, he tweeted that Zionists have an “unquenchable thirst for Palestinian blood.” One month later, the ADL reported that he claimed: “Zionism is inherently linked to ‘bloodthirsty and violent’ actions.”

“We strongly condemn the use of undergraduate student government funding to host a blatantly anti-Semitic speaker,” said a release from a consortium of Jewish and pro-Israel groups on campus, including Hillel Jewish Student Center at ASU and Chabad at ASU. “While we understand the laws of free speech protect even the most horrific hate speech, we are disappointed that funding from” student government is “supporting the visit of El-Kurd, and we are further frustrated that other student clubs would deem him an appropriate speaker for our campus community.”

According to Liora Rez, executive director of StopAntisemitism.org, the planned speech goes against everything the school administration stands for.

“ASU leadership has committed to maintaining a safe and respectful environment for its students, noting specifically that they support open debate but not hateful rhetoric, yet El-Kurd’s comments clearly cross that line. ASU has a responsibility to its Jewish students to move this event off-campus and to revoke any compensation they may have promised. Student fees should never be used to fund hate speech.”