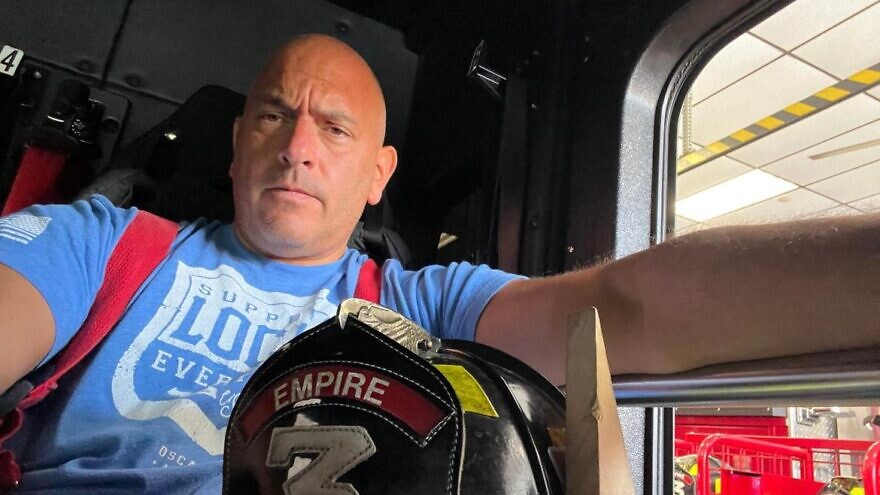 (December 6, 2022 / JNS) More than six years ago at a recruitment event for Legion, a self-defense training group largely for Jews, its founder and president, Jon Loew, made a bold declaration to several hundred Millennials.

Loew said an era was coming when Jews would be beaten up in broad daylight on the streets of Manhattan. This reporter asked 50 people that night for their reaction, and all but one said Loew was an alarmist.

“I’m not a genius,” Loew told JNS. “Being able to predict the future is being able to understand the past. I think, for a lot of Jews, the defense mechanism is to say, ‘This happened because the Nazis were bad. The Crusaders were bad. Ukrainians were bad.’ At some point, if everywhere you go, you get pickpocketed, you might want to consider the fact that you are not good at guarding your wallet. If every time you’re surprised by it, you’re the fool.”

Loew trained in Krav Maga and helped expand Legion to five cities. Seven years later, Legion has trained hundreds of Jews in the Northeast. Loew said many Jewish organizations initially did not want to hear about the need for physical instruction. He described Legion’s third generation of leaders as young and tough. 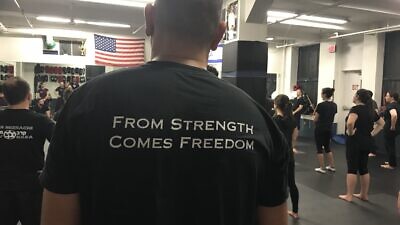 “Self-defense training needs to be incorporated into every Jewish school starting tomorrow, non-negotiable,” Loew said. “If you are raising a Jew to follow our traditions, and you are not preparing them to defend themselves, you are reckless.”

This is not the first time Loew predicted trouble for Jews. In 2001, he founded Fuel For Truth (which is now partnered with JNF-USA), an organization aimed at training university-age students to speak intelligently about Israel to combat propaganda at colleges and universities.

“People said we were crazy and that universities were the bastions of liberalism and we had nothing to worry about,” Loew said. “We sadly were proven right with what we’ve seen on college campuses across the country.”

Why were people reluctant to heed his warnings? He cited a psychological component.

“The Jews had a major trauma where 6 million were slaughtered, many in front of surviving Jews,” Loew said. “The Jews who went to Israel had therapy in confidence-building incidents. There were wars. At that point, you either fight or die. When you win, you realize you are strong enough. You are not a guest in this world. You are an equal. Conflict after conflict has rehabilitated Jews in Israel. What about the Jews outside of Israel who were traumatized and have been in hiding in the Diaspora, trying to assimilate? Assimilation has eroded a sense of Jewish identity and maybe lulled them into a false sense of security.”

Loew said it is possible that some Jews have been able to survive through denial and that if people really understood history, they might be “freaked out all the time.”

A volunteer firefighter, husband and father who works in entertainment, Lowe said he doesn’t spend all day “training for Armageddon” but makes time for his jobs, family and physical training. He credits his understanding of the American psyche and his feel for the pulse of the street to growing up in a blue-collar Long Island town.

Loew said people shouldn’t underestimate the need for a scapegoat.

“When things get bad, people look for someone else to blame,” he said. “We are living in a society where no one can take responsibility for their actions or failures…We have major armed conflicts around the world, serious threats to our economy, open hatred and discussions about Jews, and the void of capable leaders, of our country and our community. If Jews are attacked during tough times, you can draw your own conclusions as we approach one of the toughest times in American history.”

Loew isn’t surprised at the series of antisemitic remarks by Ye (formerly Kanye West), saying that it’s a free country and people are allowed to dislike Jews, while Jews in turn can refrain from buying antisemites’ products (in Ye’s case, listening to his music). He said we should expect Ye to push his Jew-hatred further rather than apologizing.

Loew hasn’t seen many “I stand with Israel” social media posts but thinks they don’t matter much anyway. He also isn’t surprised many Jewish celebrities haven’t spoken up against antisemitism.

“Hollywood is very liberal-minded,” Loew said. “If you’re a Jew in Hollywood, maybe you don’t want to be involved in the fight. Maybe you are there for the money and don’t want to jeopardize your career.”

He said that Jewish organizations should compile a list to enable consumers to know who’s spreading hatred against Jews.

Violence will continue to escalate, Loew said, unless people see that physically attacking Jews comes with a price.

He said America is a place where citizens have many rights that Jews didn’t have throughout history, but shockingly, many don’t take advantage of the right to bear arms or to physically train to defend themselves.

“Many of our ancestors would turn over in their graves if they knew how few of us take advantage of rights they would have done anything to have,” Loew said. He noted that during the January 2022 Colleyville synagogue hostage crisis in Texas, Rabbi Charlie Cytron-Walker thwarted a terrorist by throwing a chair at him, something he’d learned from training.

“Every Jew everywhere needs to know how to defend themselves and their families, no exceptions,” Loew said. “Whether you believe in the use of violence or not, violence may be used against you. As long as our instinct is to call someone else, even other Jews, it’s over. It’s up to each of us.”