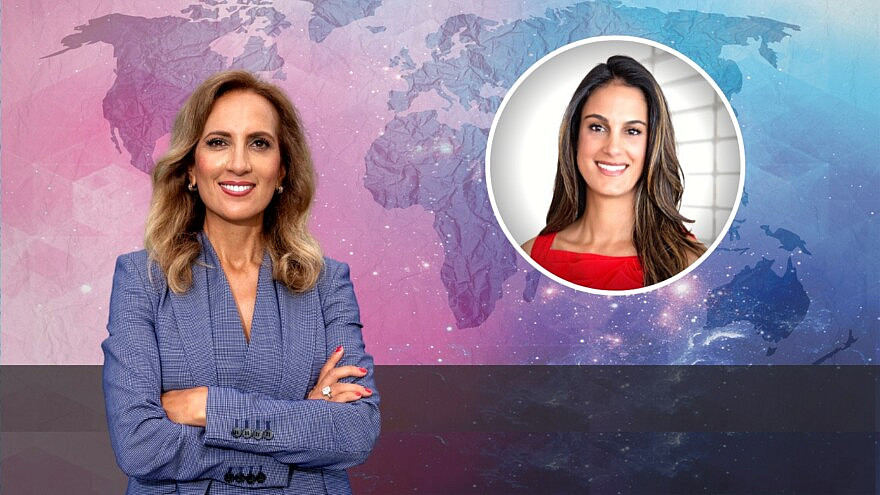 (October 12, 2022 / JNS) The women and men of Iran are fed up with the regime and are risking their lives for the future of their children, Dr. Sheila Nazarian says. Nazarian, a plastic surgeon, is the star of the Emmy-nominated Netflix series “Skin Decision” and a passionate social media activist. In the latest episode of “Global perspectives,” she and host Ellie Cohanim discuss the protests in Iran, anti-Semitism and what it means to be an immigrant in the United States.

“I’ve never been prouder of my Iranian heritage, seeing my people stand up for what they believe in, stand up for their core values,” Nazarian emphasizes. “They are risking their lives to do so for the future of their children.”

Nazarian, who lives in Los Angeles, fled Iran as a child.

“If I was in some extremist Middle Eastern country, I’d probably be in jail, but my parents wanted every opportunity for their daughters,” she tells Kohanim. “We were smart, we had potential, and they just didn’t want us limited.”

A deal with Iran?

Nazarian firmly warns against a nuclear accord with Tehran.

“I don’t want this Iran deal, which is basically a sham deal that maybe kicks the problem down the line to the next administration,” she explains. “I want to see real change, I want to see real support for the people of Iran.”

The activist recalls how “Iran is the No. 1 backer of terror in the Middle East.”

“Can you imagine if the money that was sent to Iran was actually given to the Iranian people and not to make bombs to send to Hezbollah and Hamas?” she adds.

Nazarian and Kohanim also discuss how Jews in Iran face persecution, and how anti-Semitism can emerge in different forms, from not receiving a school award to getting beaten up or thrown in jail.

“I always say that anti-Semitism is like a poison,” Nazarian remarks. “Any society that is anti-Semitic, racist against Jews, rots from within.”

The activist also talks about her efforts to combat anti-Semitism and to defend Israel on social media, where she has an audience of some 1.7 million followers.

“My message is, find your voice and use it anywhere you can,” she says. “If you don’t have a million followers, that is okay.”