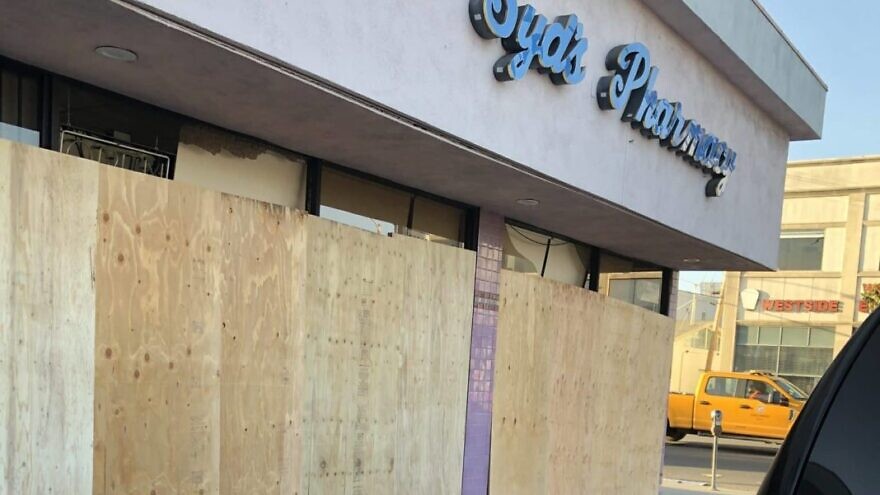 The boarded-up exterior of Syd's Pharmacy in Los Angeles, vandalized on May 30, 2020, during nationwide protests that followed in the wake of the death of African-American George Floyd in police custody in Minneapolis on May 25. Credit: Courtesy.
Spread the word.
Help JNS grow!
Share now:

“I watched them from across the street,” Friedman said in a phone interview with the Jewish Journal. “I’ve been broken into before, but to watch people viciously destroy your store for no reason is a whole different ballgame. I was standing here with the cops and there was nothing anyone could do.”

The looters—part of groups and individuals nationwide protesting the May 25 death of George Floyd, a 46-year-old African-American, while  in police custody in Minneapolis—smashed the pharmacy’s windows, knocked down the shelves and took all the street drugs, including painkillers. Friedman said the protest started at Pan Pacific Park and then police pushed the crowd down Beverly.

It was then that they “looted every single store. They went from store to store. They took hammers out and smashed windows. What’s more upsetting than the theft is that they destroyed everyone’s place of work. People take pride in where they work. They want to come in Monday morning and have their papers in order. They destroyed people’s place of work, which is like their home.” 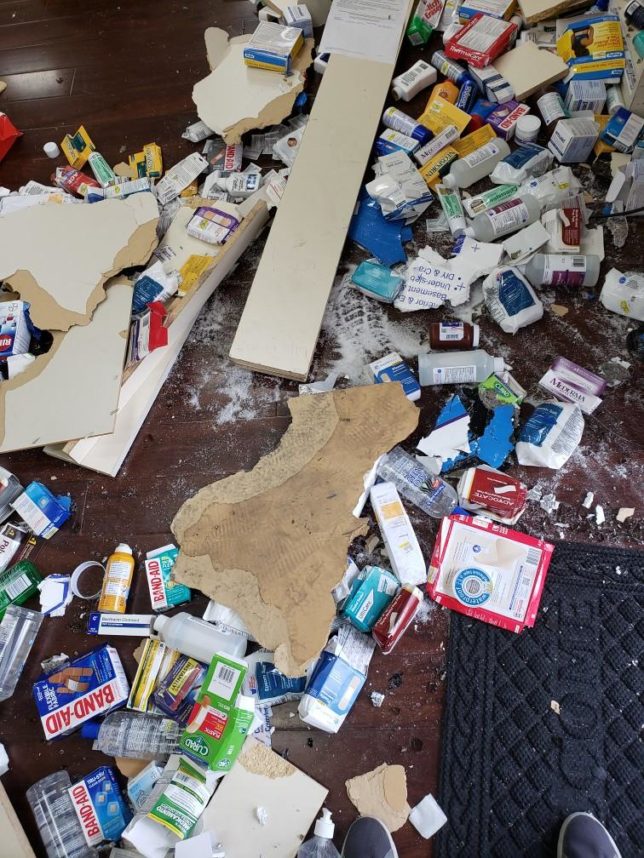 Products taken and ruined from Syd’s Pharmacy during on May 30, 2020. Photo courtesy of Jonathan Friedman.

While witnessing the destruction to his business, as well as to the kosher Mensch Bakery and Kitchen and the Jewish-owned clothing store Go Couture across the street, Friedman went back home for a few minutes to tell his wife and children what was happening. He walked to and from his store since he was observing Shabbat and the Jewish holiday of Shavuot at the time.

“The 15 minutes I was gone, someone chased three people out of my store,” he said. “At 9 o’clock [Saturday] night, there were cops driving up and down the block. There was not an ounce of fear in these [looters’] eyes.”

Friedman stayed up until two in the morning cleaning the store and boarding up the windows. “It looked like the aftermath of a hurricane,” he said.

Still, he said he would be ready to open his doors on Monday.

“We’re cleaning up. We’re a pharmacy. We have to serve our patients … we don’t have a choice. What happened was terrible.”