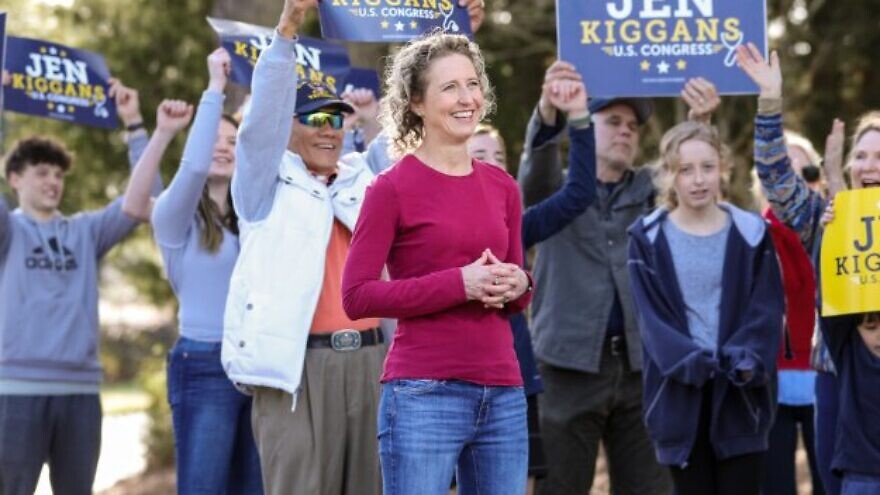 (November 9, 2022 / JNS) One of the few wins on election night for Republicans unseated Jewish Democrat incumbent Rep. Elaine Luria (D-Va.) when she was defeated by her challenger, State Sen. Jen Kiggans, in a competitive race for Virginia’s 2nd Congressional District.

Kiggans defeated Luria with 52% to 48% in a race that Jewish organizations took for granted early on in the campaign.

“While nationally Democrats held back the red wave, Congresswoman Luria—a true pro-Israel champion—had the misfortune of running in a tough district, made more Republican by redistricting, in a difficult year,” DMFI PAC chairman Mark Mellman said in an email.

Both candidates are U.S. Navy veterans and strongly support Israel. In her first and only term, Luria emerged as a leader in pro-Israel legislation initiatives in Congress and was endorsed by pro-Israel groups such as AIPAC PAC, Democratic Majority for Israel (DMFI) PAC and Pro-Israel America PAC. Campaign donations from pro-Israel groups were the second-largest sector, behind retirees, that contributed to Luria.

Luria also gained attention for being an active member of the Jan. 6 Commission investigating the violence at the U.S. Capitol building on Jan. 6, 2021.

But endorsements from pro-Israel groups came as a result of the “friendly incumbent rule” that bipartisan PACs follow, meaning that if both candidates are equally good on Israel, the incumbent will receive the endorsement as long as his or her term in office was sufficiently pro-Israel.

Kiggans’s pro-Israel credentials were not in question and she was endorsed by the Republican Jewish Coalition. In an interview with the Jewish Community Relations Council (JCRC), Kiggans said that she would fight anti-Semitism, work to prevent Iran from obtaining nuclear weapons and oppose BDS.