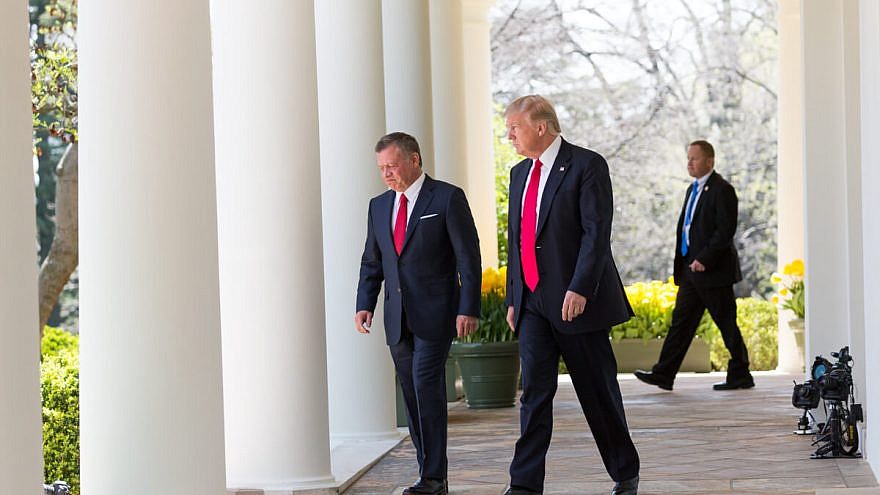 (January 16, 2020 / JNS) Jordan’s King Abdullah II warned on Wednesday that Israeli attempts to “impose an unthinkable solution” on the Palestinians could end hopes for a Palestinian state, and said that a war between Iran and the United States could cause “untold chaos.”

In a speech to European lawmakers on the situation in the Middle East, Abdullah claimed that Israel’s construction of settlements in the West Bank and “disregard of international law” could be summed up as “one state turning its back on its neighborhood, perpetuating divisions among peoples and faiths worldwide,” the AFP reported.

The Jordanian monarch also warned that a war between the United States and Iran would have regional repercussions.

“What if next time neither side steps back from the brink, dragging us all towards untold chaos? An all-out war jeopardizes the stability of the entire region,” he  said, according to the report.

“What’s more, it risks massive disruptions of the entire global economy including markets, [and] threatens a resurgence of terrorism across the world.”

The Jordanian king issued warning with respect to other areas of the region, as well.

With regard to Syria, Abdullah said that country risked falling back into conflict, asking, “What if we see a reemergence of ISIS and Syria becomes a staging ground for attacks against the rest of the world?”

He also warned that Libya is at risk of slipping back into “an all-out war.”

“What if Libya collapses into an all-out war, and ultimately [becomes] a failed state? What if Libya is the new Syria, just much closer to the continent you all call home?” he said, according to the report.